Collen Maine: I was not taken to the Guptas by Zuma – it was Mahumapelo

Maine says Madikizela-Mandela never sold her integrity in exchange for benefits from the Guptas. 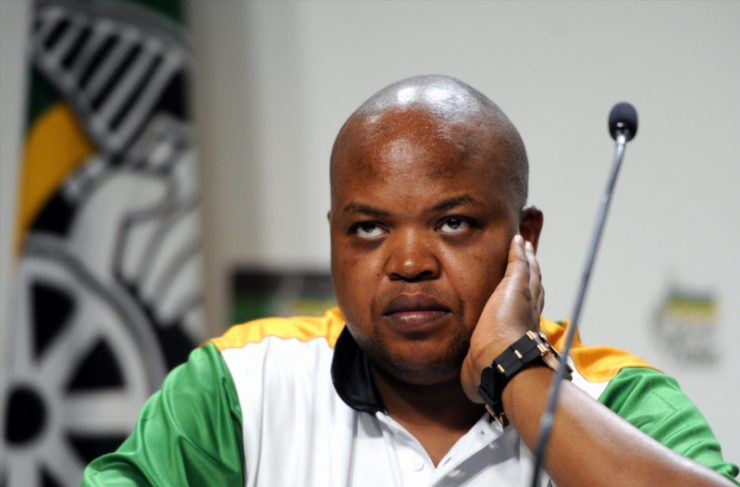 ANC Youth League (ANCYL) president Collen Maine has accused North West Premier Supra Mahumapelo of introducing him to the controversial Gupta family, which has long been marred by allegations of state capture.

Addressing mourners at a memorial service in Potchefstroom, North West, honouring the late anti-apartheid struggle icon Winnie Madikizela-Mandela, a visibly grief-stricken Maine said former president Jacob Zuma did not introduce him to the family but Mahumapelo did.

“Mama Winnie refused to go to the Guptas when many of us were willing. We must be honest about this comrades.

“Some of us did not take ourselves there, we were taken there. And I must confess that I was not taken to the Guptas by former president [Jacob] Zuma, but by Supra Mahumapelo. And this is the truth,” he said.

Maine, a known ardent supporter of the Guptas who has spoken out publicly in their defence, in 2016 denied claims that the family helped him buy his luxurious R5.4 million Pretoria East house.

The ANCYL president in May last year also told talk radio station 702 he had no formal relationship with the Guptas following the release of the damning Gupta leaks, which appeared to show how former CEO of Oakbay Investments Nazeem Howa suggested that he should help Maine deal with media queries.

At the time, Maine called the newspaper reports “utter rubbish” and said the ANCYL’s media team dealt with any media training.

He told mourners that unlike himself and others in the ANC, Madikizela-Mandela never sold her integrity in exchange for benefits from the Guptas.

“When we are called to account to the courts and commissions, comrades must not follow us. We must go there to answer truthfully for ourselfes,” Maine said.

Watch the video below of his ‘confession’:

LISTEN: ANCYL’s Collen Maine says he has no formal relationship with the Guptas