Motlanthe: Skweyiya would be commander, Winnie chief of staff, Nene the commissar

The former president was speaking at Nene's funeral, where he said it was important that we archive their contributions to the struggle.

The former South African ambassador to Nigeria and Switzerland, Sipho George Nene, was described at his funeral today as a patriotic struggle hero who dedicated his life to the liberation of the country, who though knowledgeable and wise, remained humble.

The funeral was held at Nene’s alma mater Morris Isaacson, where words of condolences were shared by various speakers, including former president Kgalema Motlanthe, Gauteng Premier David Makhura and Minister in the Presidency Nkosazana Dlamini-Zuma.

In the wake of Winnie Madikizela-Mandela, Zola Skweyiya and Nene passing in the month of April, Motlanthe said considering their role in the liberation movement, in the particular way of speaking during the struggle against apartheid, the three would have been referred to as a unit.

“In the division of labour among them, Zola would have been the commander, Mam’ Winnie the chief of staff and George the commissar,” Motlanthe said.

He said 2018 has so far been a devastating year, taking into account that Hugh Masekela and Keorapetse William Kgositsile, among others, had passed on.

“That so many of our leaders are passing on within such a brief space of time serves as a painful reminder of the significant importance of archiving our history and the contributions of our struggle heroes,” the former president said.

He said Nene had played a critical part in the establishment of the post-apartheid diplomatic core.

Motlanthe said the former diplomat responded to the immediate challenges of the realities of impoverished communities by leading a life of service.

Nene’s passing will be keenly felt in the political arena because his shoes cannot be filled, the former president added.

Makhura said Nene had served South Africa with distinction and that his passing was difficult to accept.

The premier said the passing of struggle icons in such quick succession was painful, adding, however, that it was the quality of the lives they led that mattered over their passing.

“He lived so that our country can be free,” Makhura said that should console Nene’s family.

He described him as a committed civil servant who, as a teacher at Morrison Isaacson, had inspired the young people of 1976 to rise up against the apartheid government.

Reading a message from President Cyril Ramaphosa, Dlamini Zuma said Nene’s death was a sharp reminder of the supreme sacrifice made by those of his generation, such as Solomon Mahlangu.

She said Nene was one of the country’s ambassadors of hope.

Dlamini-Zuma urged the country to follow in Nene’s footsteps by picking up his pen, chalk and spear to deepen the gains of freedom and create a better life for all.

She said he never served half-heartedly and never brought shame to his people.

Nene will be laid to rest at Avalon Cemetery, Soweto.

ALSO READ: ‘StratCom journalist’ Gqubule-Mbeki to wait out Winnie’s funeral before speaking out 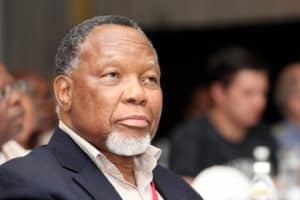 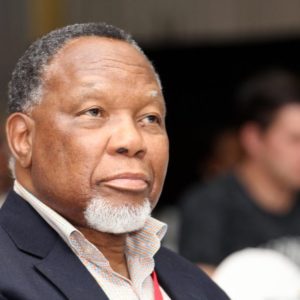 'It was written in the stars': Motlanthe not shocked by ANC's poor election showing
4 weeks ago
4 weeks ago

'It was written in the stars': Motlanthe not shocked by ANC's poor election showing
4 weeks ago
4 weeks ago