'She was heaven on earth in this community,' one of Mam' Winnie's neighbours said, telling of the various good deeds she had done. 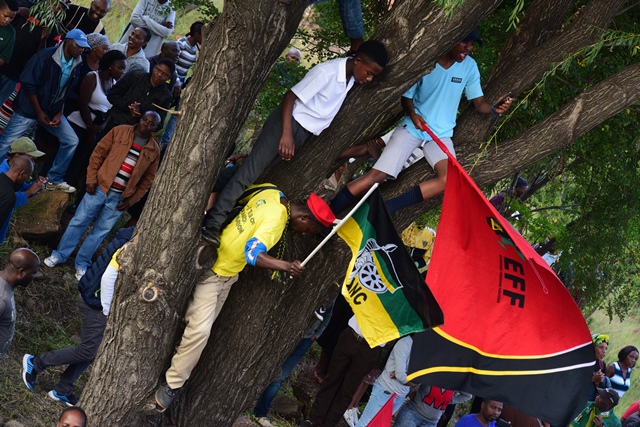 As mourners from across the country are expected to descend upon Orlando Stadium to bid a final farewell to Winnie Madikizela-Mandela today, those who lived closest to her – deep in the heart of Soweto – say they already feel the void she has left.

Busisiwe Mnisi, 67, Nombulelo Sijaji, 60, Cynthia Tshabalala, 62, who all live a street away from Madikizela-Mandela’s home, were perched on a rock waiting for their hero’s body to arrive at the house yesterday, shared their dearest memories.

“She was a pillar of this community,” said Tshabalala, “because all those new houses you see across the street are there because of her. She worked so hard and our children have also reaped the benefits of her presence. She made sure all the children had a school to attend and changed the lives of many people. She stood by her mission until the very end.”

She said Madikizela-Mandela was a courageous and loving mother to all who crossed her path.

“She always stood her ground, right until the very end. That is why we are here to say goodbye and see her sent off as a soldier of the women’s struggle. I just can’t explain in words how much she meant to me,” said Sijaji.

“Winnie was indescribable. She was heaven on earth in this community. That woman! She was such a pillar and she treated everyone with the same respect. You could never be turned away, once you got the privilege to have an audience with her you would know that your problems are solved. Here in the community she did so many things.”

Sijaji pointed to a construction site where a pedestrian bridge was being built over a stream.

“That is all her work. They have just started construction and she had been fighting for it for over five years. What is sad and unfortunate is that she will never get to see the fruits of her labour.”

Mnisi remembered the time the area was hit by heavy floods and many houses were damaged.

“She left her house to go see for herself how bad the damage was to the houses,” she said. “She then organised for storm drainage systems to be installed and now whenever it rains, we no longer get flooded. For those whose houses were damaged, she organised [charity] Gift of The Givers to help.”