The shortfall means the office struggles with carrying out operations such as travelling in order to conduct investigations. 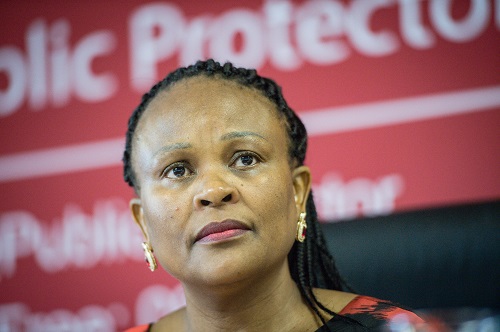 The public protector of South Africa (PPSA) made a presentation on its annual performance plan and budget to the parliamentary justice committee today.

“For PPSA, the 2018/2019 will be a particularly difficult year financially. Efforts to secure additional funds to support our normal operations as well as the funding for special projects and to increase capacity have not been successful to date,” Dick said.

She said the office had been forced to critically assess the way it conducted its business so as to stretch its funds.

For the 2018/2019 financial the office received an allocation of R310 million that has been allocated to the office’s core programmes.

Dick said 80% of the office’s budget, an estimated R250 million, funds its cost of employment and the remaining R52 million funds the office’s goods and services.

“A huge portion of our structure, as we have requested before, remains unfunded,” Dick said.

She said 38% of the budget has been split to service the office’s administration, with R58 million for its core investigations and 4% allocated for stakeholder management.

R52 million goes towards lease payments – the rental for office buildings and photocopiers.

“So one of the cost interventions we have implemented in the current year was to get rid of the lease of motor vehicles,” Dick said

She said the office is looking at alternative and more cost effective means to meet the office’s transportation needs across all of the PP’s 19 offices.

Dick said the office made a significant spending on computer services, with another major expenditure being “consultants”, which are incurred through the services of the auditor-general – external and internal – with a small amount for legal fee, which, she said, is nowhere near what the office needs to supports its litigation.

“So we are not going to be able to service that in the new financial year because we have only allocated R4 million towards legal fees because our budget just has no room to accommodate that,” she said.

She said some of the challenges the PP faces were:

ALSO READ: BREAKING: Brian Molefe loses court bid to get back his job back