The EFF leader is challenging the legality of an Act under which he has been charged. 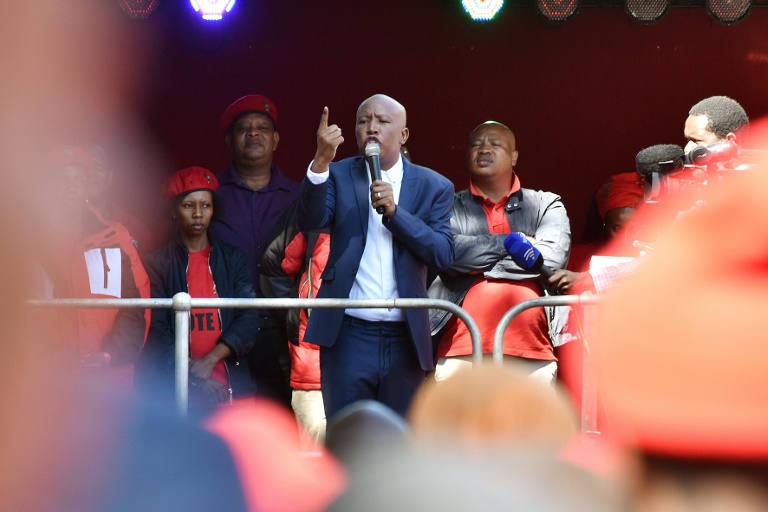 Malema, known for his fiery rhetoric, founded the radical leftist EFF after being kicked out of the ANC.

EFF leader Julius Malema’s constitutional challenge to the Riotous Assemblies Act was on Tuesday removed from the roll in the High Court in Pretoria for the allocation of a special date.

The application was supposed to have been heard before Judge Sulet Potterill, but could not proceed because legal argument will take up more than a day and a judge would have to be allocated by the deputy judge president to deal with it.

Malema is facing separate charges under the Riotous Assemblies Act of 1956 in the Bloemfontein and Newcastle magistrates’ courts for his calls on EFF supporters to illegally occupy land.

Both cases have been repeatedly postponed pending the final outcome of the EFF’s constitutional challenge to the Act, which can take years to reach finalisation, as the Constitutional Court will have the final say about the issue.

The EFF maintains the apartheid-era law is outdated and was historically used in the 1960s to put many liberation fighters behind bars, including the accused in the Rivonia trial.

The party has accused the state of using the Act to try to silence its critics.

The charges relate to, among other things, the EFF’s elective conference in 2014 and incidents in 2016 when Malema encouraged land grabs, among other things saying the land belongs to the country’s black African majority and whites cannot claim ownership of the land.

In 2016, Malema again told supporters outside the Bloemfontein Magistrate’s Court to “take any beautiful piece of land” they saw because it was taken from blacks “by genocide”.

In July last year, he told supporters outside the Newcastle Magistrate’s Court to “occupy land because they have failed to give you the land” and said he was not scared to go to prison over the land question.

Former president Kgalema Motlanthe, as the chairperson of a panel established to assess the viability of South African laws, has also called for review of the Act, which he described as outdated and an anachronism that belonged to the past and had no place in any democratic country.

EFF disrupted Ramaphosa and Zille's plan to give hung metros to ANC, says Malema
9 hours ago
9 hours ago

EFF disrupted Ramaphosa and Zille's plan to give hung metros to ANC, says Malema
9 hours ago
9 hours ago