If a new rule forcing her to take medication is implemented today, she could lose five seconds or more. 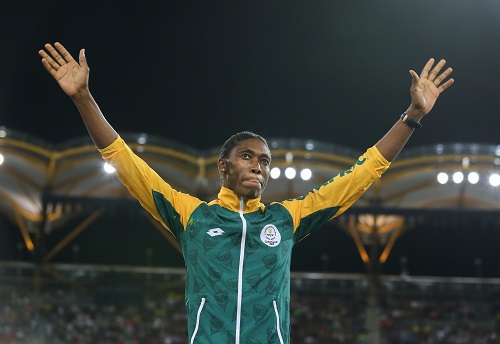 Caster Semenya’s future as an elite middle-distance runner is in doubt after a contentious debate off the track was reignited yesterday.

According to media reports, the International Association of Athletics Federations (IAAF) was set to implement its amended hyperandrogenism rule today, which would force athletes born with the condition to reduce their natural testosterone levels.

The 27-year-old Olympic gold medallist was subjected to gender tests in 2009.

Struggling to find her best form between 2011 and 2015, with her natural testosterone levels apparently being suppressed by medication, Semenya rocketed back into shape when the IAAF’s hyperandrogenism rule was provisionally suspended three years ago.

She went on to win the Olympic 800m title in Rio de Janeiro in 2016 and the world title last year.

Should the IAAF rule be applied today, Semenya will be forced to take medication to limit her body’s hormone production.

Facing natural hormone restrictions if she intends to continue competing in middle-distance events, world 800m champion Caster Semenya could struggle to break the two-minute barrier in the near future, according to sports scientist Ross Tucker.

Tucker predicted Semenya’s fastest times could be well outside her 1:55.16 national record in her specialist two-lap event if she was forced to reduce her body’s androgen production.

Czech Jarmila Kratochvílová set the world record for the 800m in 1983. It still stands and is currently the longest-standing individual world record in athletics. Only one athlete, Pamela Jelimo of Kenya, in 2008, came within a second of Kratochvílová’s mark since it was set.

Semenya remains this generation’s clearest hope of being able to surpass the record, but this new ruling is likely to make that fade fast.

“If this policy passes, I would predict that Semenya will be five to seven seconds slower over 800m, based on what we saw from 2013 to 2015, when the [Dutee] Chand case set the previous policy (10nmol/L in all events) aside,” Tucker said on social media.

There has been a tremendous amount of criticism levelled at the IAAF around the imminent rule, which would be applied only to middle-distance runners, with the athletics body’s decision seemingly directed specifically at Semenya.

Tucker, who has long voiced his support of restricting the testosterone levels of hyperandrogenic women, nonetheless feels there is not enough evidence to suggest athletes received as much as a 9% performance advantage.

He believes the IAAF’s decision is likely to be challenged in court.