The men's boat was capsized by a wave, prompting them to swim to shore. 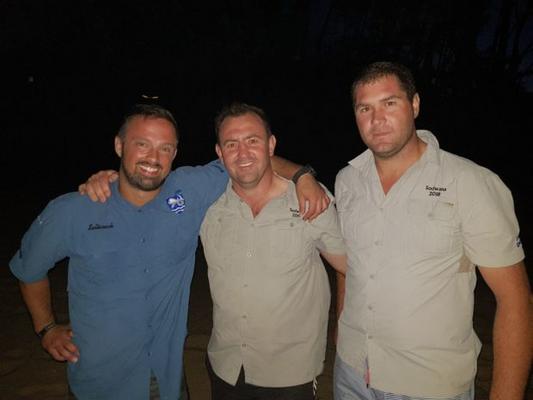 It had been confirmed that the three men, who were out fishing, were capsized by a wave at around 10.30am on Friday, NSRI spokesman Craig Lambinon said.

They drifted sitting on the upturned hull for over four hours, but kept being washed off the hull, which was causing them to become exhausted.

“Noticing that they were drifting south, but not getting any closer to shore, one of the men dived under the boat to recover lifejackets and they made the decision to swim to shore with their lifejackets on, and the swim took them just over two hours,”  he said.

“Skipper, Etienne Fouche, who is also an NSRI volunteer at NSRI Hartbeespoort Dam and his crew, HJ Swanepoel and F van Wyk, aged between 31 and 34, were not injured.

“On arrival on the shore, sunburnt and tired, they marked their position by leaving their lifejackets on the beach to attract any attention of anyone who might be searching for them, and to mark where they had come ashore to give an indication of where a search should begin for their capsized craft adrift at sea,” Lambinon said.

While walking northwards towards Sodwana Bay, they were located by My Lady Charters who were searching the shoreline for them using 4×4 vehicles. They were found at around 6pm.

The boat was found washed ashore 13.8km south of Sodwana by Isimangaliso Wetland staff, who arranged for the boat to be recovered.

“NSRI thank Isimangaliso Wetland staff, Ezemvelo KZN Wildlife rangers, the community of Sodwana and the charter boat companies of Sodwana for their efforts during this incident,” Lambinon said.