Tiisetso Kae, 2, has been fighting to survive and has already undergone three brain surgeries. 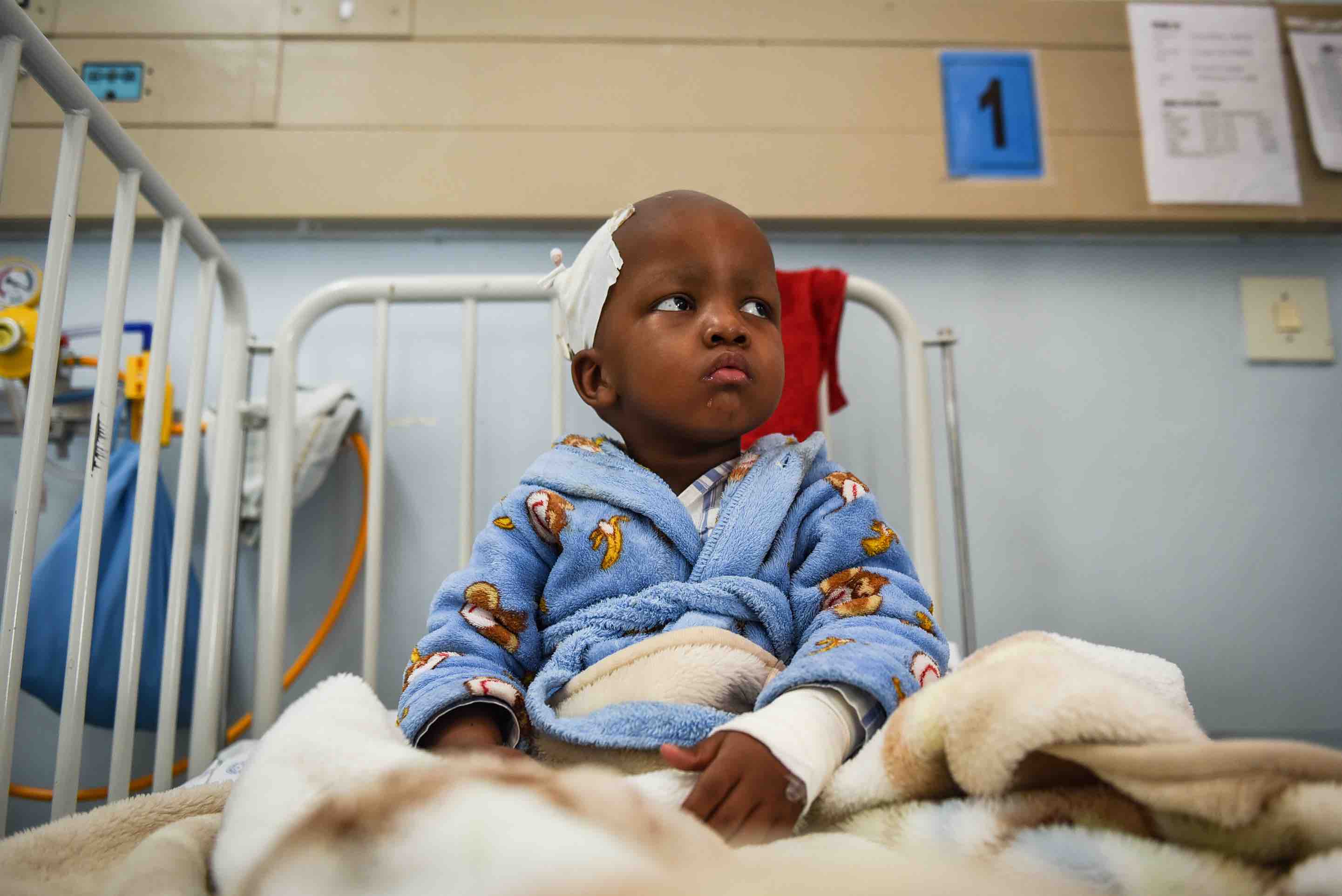 Baby Tiisetso Kae (2), sits on his hospital bed at the Dr George Mukhari Academic Hospital in Ga-Rankuwa where he is being treated for cancer, 15 May 2018, Pretoria. Picture: Jacques Nelles

The family of a two-year old boy who is undergoing chemotherapy treatment for brain cancer is unhappy and angry with staff at the Dr George Mukhari Academic Hospital in Tshwane after their son fell from his bed while in the care of nurses and a doctor.

The last operation was in August last year.

He has since been in and out of hospital undergoing chemotherapy treatment.

On his last of eight chemo treatments, he allegedly fell from his bed and sustained an injury at the back of his ear, a black eye and a bruised, swollen lip.

Tiisetso’s mother, Keneilwe Kae, said the family was initially angry because, after her son’s fall, the family was not informed, nor was the incident reported to the doctor.

The boy’s father, Lebogang Mahlangu, said what really infuriated him was the shock when they got to the hospital the next day and found their child injured.

“I was so angry, I almost cried. It is heartbreaking, especially because he had been through so much with all the operations to his head.

“I asked the nurse on duty if my child was alone at the time when he fell, and she said no. According to her, there were other staff on duty, as well as a doctor.

“But when I saw the doctor that day, he said the incident was never reported to him,” Mahlangu said.

Kae said they were later told that Tiisetso was on a chair trying to climb on to the bed when he fell and hurt himself.

Mahlangu said the hospital has not X-rayed or done an MRI scan to make sure he did not sustain internal injuries.

But the family is still grateful for all that they are doing for his son in his fight against cancer, he said.

The Gauteng health department had not responded to queries at the time of going to press.