Cash-in-transit heists have plagued Gauteng, and are well-organised crimes run by professional criminals. 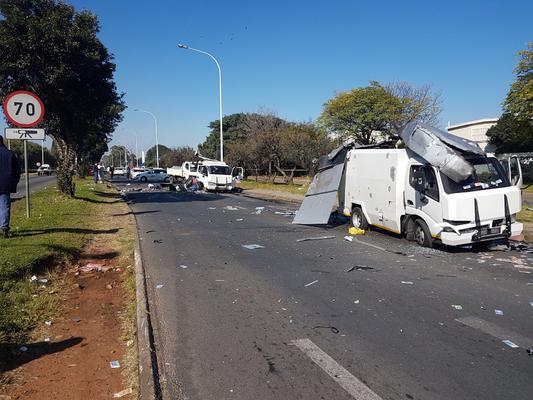 AfriForum on Wednesday called for the establishment of independent specialist units to help fight cash-in-transit heists in South Africa.

Ian Cameron, AfriForum’s head of safety, said there have been more than 135 cash-in-transit heists in the country since the start of the year, with Gauteng being the worst-affected province.

“It is truly concerning that police members are arrested and prosecuted in various cash-in-transit heists. A specialist unit is therefore the only way to ensure that this type of crime is eradicated. Political interference from ANC ranks further influences the poor quality of certain officers in the police service,” Cameron said.

“Cash-in-transit robbers are professional criminals; they know exactly what they are doing and are trained. They must therefore be prosecuted to the full extent of the law.”

Cameron also said this issue cannot only be placed on the doorstep of the police, saying that the National Prosecuting Authority (NPA) was also at fault.