According to a leaked report, the people involved have become so brazen and dangerous that they even use official city vehicles to steal cables. 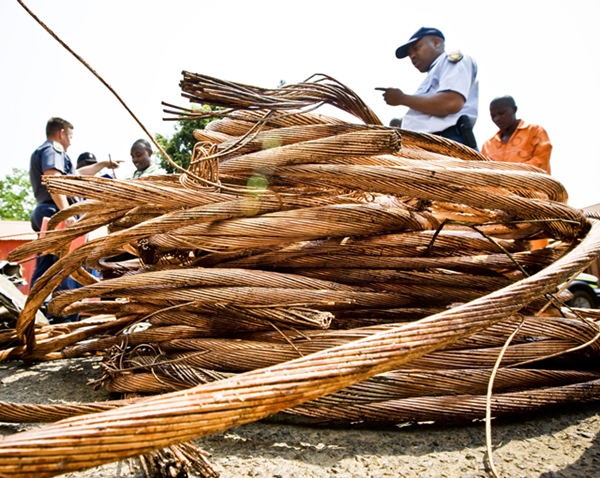 The City of Tshwane suspects its own officials of being part of a syndicate responsible for the “uncontrollable” wave of electricity cable theft, which has caused rolling power outages.

According to a leaked report, the people involved in this have become sophisticated, more brazen and very dangerous – to the extent that they use official city vehicles when they steal cables.

Mayoral spokesperson Sam Mgobozi confirmed there is a suspicion city employees are involved.

“While it looks like sabotage and might be politically motivated, some of these cables were stolen by staff working for the city and using the city’s vehicles to transport the cable.”

In most cases, the thieves knew exactly where to go and where to dig for the cable.

“There have been cases where residents did not report cable theft to the city because the suspects are using official city vehicles,” said Mgobozi. “They dig perfect trenches to take the cable out – meaning they know exactly where to look and to dig. This is unlike a person who has no idea and might dig in a couple of spots.”

Tshwane mayor Solly Msimanga recently sat down with the city of Joburg and Ekurhuleni to join forces in fighting cable theft.

“Vandalism of 52 mini-sub stations now sits at R152 million. This is an additional expenditure that constraints the operational budget as it was not planned or factored in the operational budget,” the report read. “Further financial losses in water and sanitation plants are impacting and depleting the maintenance budget affecting the quality of discharge to water schemes.”

According to the report, the most vandalised area is Rosslyn, affecting the Automotive Suppliers Park and the surrounding areas.

The city has now set aside millions of rands for a special cable theft unit within the Tshwane Metro Police Department (TMPD). The exact amount will be announced by Msimanga next week.

The negative effect of cable theft and vandalism of the electrical infrastructure affect the operations planning activities of the maintenance teams, and increase the man-hours of maintenance teams. According to the report, overtime and fatigue are being experienced by the respective teams.

Part of the findings of the report is that the city has support from the National Prosecuting Authority because the metro police arrest suspects without prosecution.

According to the report, TMPC chief Johanna Nkomo will draft letters to police minister Bheki Cele and President Cyril Ramaphosa to ensure there is a strategy where the police and the city can work together.

Nkomo said earlier they will need to work closely with law enforcement agencies and the justice system to ensure synergy across the entire value chain, especially regarding arrest and successful convictions.

“We need to see a situation where the perpetrators are denied bail and are locked away for a long time,” she said.

The city of Tshwane is also embarking on an intensive communication drive that will include law enforcement agencies, media, businesses, communities and other relevant stakeholders on the impact of cable theft and vandalism of infrastructure.