A Birchleigh, Kempton Park, resident says she will quench her thirst with anything but tap water after she found worms in it, Kempton Express reports.

And yes, the little creatures were alive.

“First, I thought this can’t be, so I just ignored it,” explains Ina Cloete, 63. But after one week and after finding the third bug, and even small pieces of toilet paper in her tap water, she realised something was very wrong.

Cloete caught two of these little worms in small glass bottles to show Kempton Express. The creatures swim to the top when she turns the bottle around. 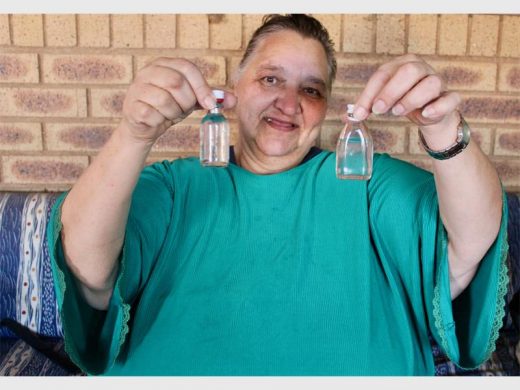 Birchleigh resident Ina Cloete (63) shows the worms she found in her tap water.

“No one would want to drink this,” Cloete says. She hasn’t touched a glass of water since.

“All I want is clean water. Imagine having to cook with it.”

According to ward councillor Gideon van Zyl, Cloete did speak to him about the issue.

“I contacted the department head of Ekurhuleni, and someone was sent to address the problem,” Van Zyl told the community paper. “They found there was nothing wrong with the municipal water, but with Cloete’s own pipeline.”

Therefore, other Birchleigh residents don’t have to worry too much that they’ll find creepy-crawlies in their water.

Black Friday: SA's biggest shopping spree is around the corner
3 hours ago
3 hours ago
PREMIUM!

Tariff increase: Eskom request to put SA electricity among the priciest in the world
6 hours ago
6 hours ago

Black Friday: SA's biggest shopping spree is around the corner
3 hours ago
3 hours ago
PREMIUM!

Tariff increase: Eskom request to put SA electricity among the priciest in the world
6 hours ago
6 hours ago