I fear for my life every day – CIT guard

Guards say they live in constant fear for their lives and want to be given more powerful weapons to shoot and kill thugs when they are attacked. ‘It’s dangerous work. I became a victim of a heist in Dobsonville. They shot one of our guys, then they took the money, but we managed to escape …”

Titus Ramogari, a 47-year-old officer at security firm Fidelity, remembers the trauma of that day vividly – and he feels helpless because security guards in the cash-in-transit (CIT) sector don’t have the firepower to hit back.

They go to work every day, not knowing whether they are going to get shot or blown up and die in a van full of cash.

Like Ramogari, the guards say they live in constant fear for their lives and want to be given more powerful weapons to shoot and kill thugs when they are attacked. 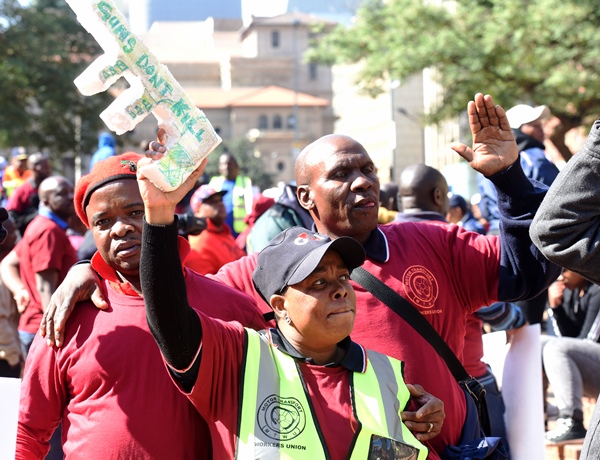 Ramogari said the people who carried out heists were becoming increasingly violent and well organised and no amount of training was enough to protect them.

“We want government and police to give us answers and solutions because these people are carrying big guns – we are carrying small guns.”

About 400 security officers took to Johannesburg’ streets yesterday over the increasing number of cash heists in the last few months.

The Motor Transport Workers Union (MTWU) and Fedusa said they would address these issues with the portfolio committee of police in parliament today.

Over 74 cash heists have been reported since August last year, according to authorities. 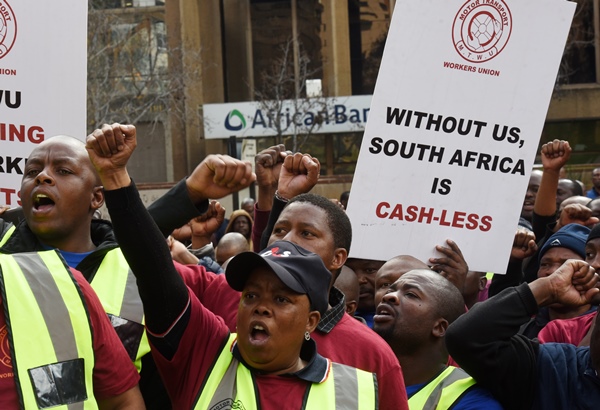 The men and women charged with protecting millions of rands said they were simply not equipped enough to protect themselves or even prevent the attacks, which they said were becoming increasingly volatile.

Three guards working for security firm SBV said while the company trained them well, it didn’t make them feel any safer.

“We get training, but it’s not enough to protect us because the guns we have can never match what they have. Most of us are carrying ordinary hand guns and the biggest we can carry is a semi-automatic, but these guys have fully automatic rifles and they have bombs.

“We don’t know if it’s a grenade – but it’s a bomb so it doesn’t matter what guns you are carrying. If they want to kill us, they can kill us,” one said.

Another said robbers used various methods to trail and trap them.

“Sometimes we will see a car following us, but we cannot always prevent the attack. They create an accident by trying to push you off the road. While we are attending to the accident, they show up at the window and show us the bomb they are going to use.

“Then we have no choice, we have to exit the vehicle with our hands in the air or else they will shoot us.”

Former employees sometimes played a role in these heists, said a third guard.

“When an officer gets fired and it takes too long to find another job, the temptation is to find other ways of making money. Many times former employees work with the thugs,” he said.

“And they go for the weaker ones like Fidelity and G4S” – companies more susceptible to heists because they were considered weaker by robbers.

“SBV is much harder to target. Sometimes former SBV employees will join a heist targeting Fidelity or G4S because it is easier. Some of those guys are quite old and not very active – unlike us.”

Parliament’s portfolio committee for police is holding a public hearing today on the current spate of cash-intransit heists. The seven areas of priority that the committee will focus on are: