The ANC spokesperson expressed his doubts that those who disrupted the march were ANC members. 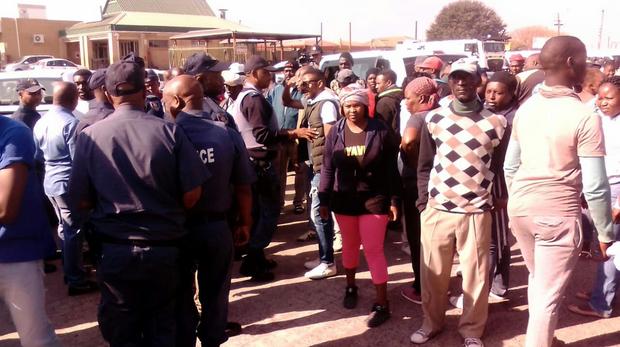 The Tshwane ANC region has distanced itself from a group claiming to be members of the party who threatened DA leaders preparing for a march in Hammanskraal recently.

On Friday, a march organised by the DA to demand answers from Refentse Clinic, where a newborn baby mysteriously disappeared last month, was blocked by a crowd purporting to be ANC members.

The march, led by DA Gauteng leader John Moodey and Gauteng North regional chairperson Abel Tau, was intended to show support for the mother, Khombo Mhlongo, 26, who last saw her baby when a nurse took him away after she gave birth.

The DA wanted to get answers and ensure accountability on behalf of Mhlongo, but they were barred from marching to the clinic. An angry crowd in ANC T-shirts came to the marchers’ assembly point and demanded Moodey and Tau leave the area.

“When we arrived, ANC members started fighting with us at the assembly point and the police had to intervene. Police had to stand between us and the ANC members. We were told we can’t even go 500m from the clinic. We were then asked to bring a delegation of only six people,” the DA leaders said.

Because of the ruckus, the residents stayed at the assembly point while police took Moodey, Tau and Tshwane council speaker Katlego Mathebe to hand over a memorandum to the clinic management.

But Tshwane ANC spokesperson Teboho Joala told The Citizen the party did not support political intolerance and that he doubted that the group were in fact ANC members.

He added that the councillor, Phahlane, was only present to observe the march. “If those members are of the ANC, we will investigate and get to the bottom of it.

“We don’t support or promote political intolerance. Any political party is allowed to raise their views and organise marches without fear or favour. As far as we know, the councillor did not intend to disrupt the march. We doubt those disruptive people were members of the ANC,” he said.

Meanwhile, Mhlongo is pleading for the return of her baby. She said she saw her baby breathing after he was born, but she was later told that her son had died.

“When I went to the clinic to get my baby, I was told he is dead but I was never shown the body. All I ask for is the body of my child, dead or alive,” she said.