A young biker was saved by his protective gear after an irate taxi driver drove after him and attacked him with a panga. 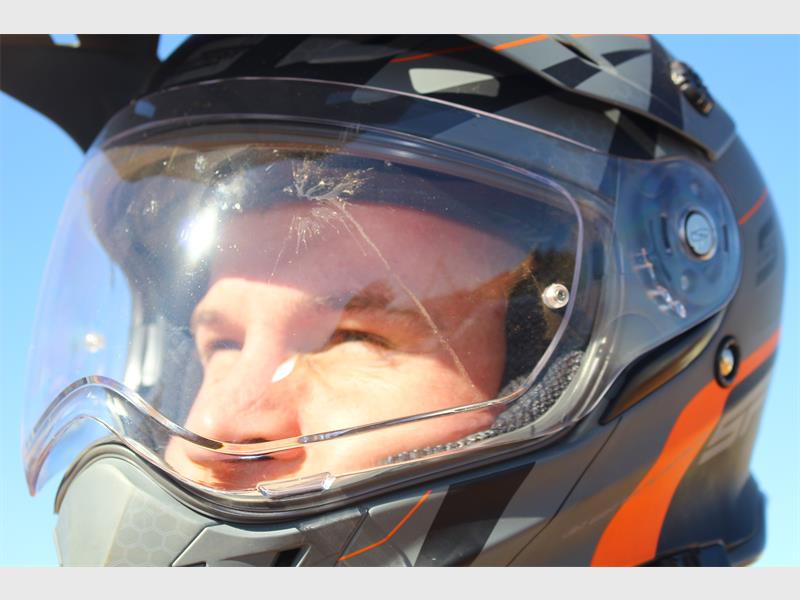 Frikkie Gouws with the helmet he was wearing when he was attacked. Note the scrapes on the visor where the assailant hit him with the panga. Photo: Bianca Pindral.

A young man escaped with his life after he was pursued by a taxi driver and beaten repeatedly with a panga, Krugersdorp News reports.

Frikkie Gouws was in the right-hand lane when a taxi swerved in front of him and the taxi’s mirror hit his handlebar covers.

The two road users swore at each other. Gouws saw no damage when he looked in his rearview mirror, so he drove on. At the intersection of Voortrekker and Barratt roads, Gouws stopped near the front line between two vehicles.

“Suddenly, out of nowhere, this guy came up to me and started hitting me with a panga,” Gouws said. “He was yelling, ‘you white man, you boer, I’ll kill you’ while wielding the panga back and forth. He struck the visor of my helmet, and I realised he’ll crack it if I didn’t do something. I then shut the full-face visor and shielded my face with both arms. Luckily I had arm and elbow protection, so he was hitting against plastic.” 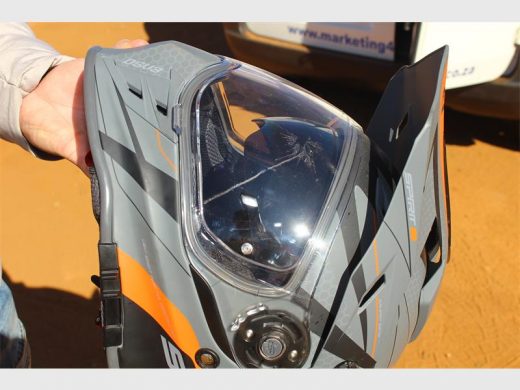 The helmet Frikkie Gouws was wearing when the taxi driver hit him with a panga. Photo: Bianca Pindral.

The assailant continued to strike his bike with the panga, hitting dents in the back cargo box. 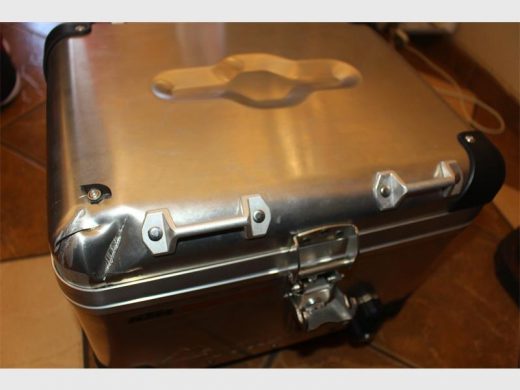 The taxi driver hit the cargo box with such force, the plastic cover was shattered and the corner was dented.
Photo: Bianca Pindral.

“The most terrifying part was that none of the people around me tried to help me. This guy could have slit my throat while everyone was watching.”

The assailant then disappeared, leaving Gouws rattled, his bike damaged and his helmet covered with scrapes.

Only when he looked back did he realise he had been attacked by the driver of the taxi whose mirror he had just accidentally hit. 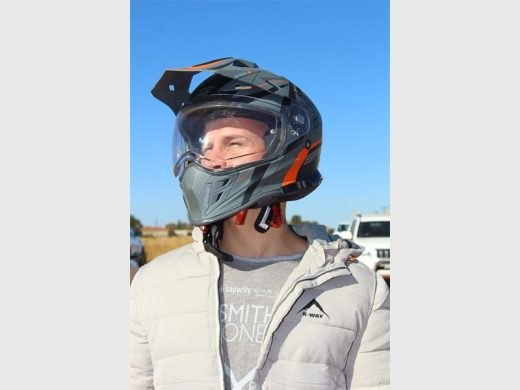 Frikkie Gouws with the helmet he was wearing when he was attacked. Note the scrapes on the visor where the assailant hit him with the panga.
Photo: Bianca Pindral.

An upset and confused Gouws drove home, realising how lucky he was for wearing protective gear that afternoon.