Please stop chasing our doctors out of SA, TAC pleads

The nation can't afford to have doctors turned away due to the Health Professions Council's 'flawed and unnecessary procedures', the TAC says. 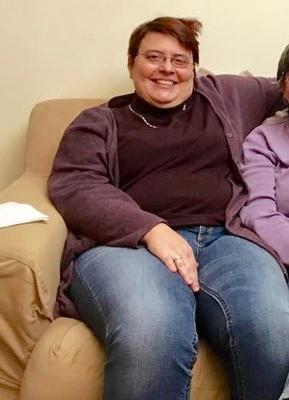 Despite being faced with an enormous shortage of doctors, the HPCSA – with its stringent processes requiring foreign trained specialists and general practitioners to first undergo further education in South Africa, before being allowed to practice – has been behind the exodus of some of the best medical minds.

Having lost her seven-year protracted battle for registration by the HPCSA, Louis – part of the team who developed the national HIV treatment protocol in the country – is set to leave on Saturday.

A seething TAC general secretary Anele Yawa called on Motsoaledi to “immediately engage the HPCSA, and show them that their procedures and processes are an insult to the 42 million South Africans who are being turned away at public healthcare facilities, due to a lack of doctors”.

“The departure of Dr Francoise Louis is the final straw. The time for the minister of health to act is now,” said Yawa.

“South Africa has a population of about 55 million people, out of which only eight million can afford private healthcare. The other issue is that in the public healthcare sector, we are dealing with a situation of an unacceptable ratio of one doctor to over 4 000 patients.

“In the private healthcare sector, we are dealing with a ratio of one doctor to less than 300 patients.

“As long as these inequalities exist, poor people will always get second-hand service. The key problem is a shortage of doctors and nurses.”

Yawa said the TAC was appalled by the number of patients being turned away from public hospitals and clinics due to the shortage of doctors.

“People wake up as early as 4am to be the first in the queue, but when inside, they are denied services because of the shortage of doctors,” Yawa added.

He described “a denial” of patients’ rights to access public healthcare as “a flagrant violation of Section 27 of the constitution which talks about the right of people to access quality healthcare services”.

Yawa said HPCSA procedures and processes were “flawed and unnecessary”.

“How do you explain a situation where a qualified doctor with a 10-year service record overseas now has to go to school for two to three years in South Africa?” asked Yawa.

“Our healthcare service is not better than other countries. We are faced with a shortage of specialist doctors who can do liver transplants and other operations.

“The minister has been spending time on the introduction of the NHI [National Health Insurance]. But where will the doctors come from?”

In his reaction to the implications of HPCSA’s rigorous registration process of foreign trained doctors, department of health spokesperson Foster Mohale said: “We take these allegations very seriously and we will contact the HPCSA to establish what their reasons could be. We need to get their side of the story before jumping to conclusions.

“The department will continue to engage with relevant stakeholders to identify potential solutions to prevent the exodus of doctors.”