Kevin Anderson is winning over the doubters

Despite facing a steady trickle of criticism from South Africa, he lets his racket do the talking and it’s coming through loud and clear. 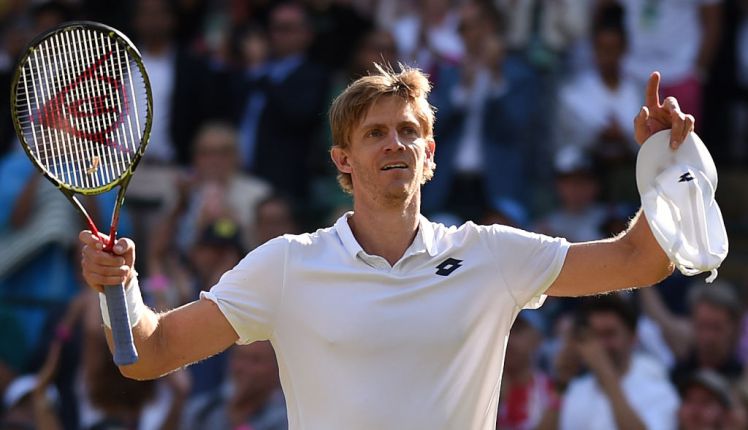 Even now, after making another breakthrough for his home country, he receives a steady trickle of criticism for his lengthy absence from the country’s Davis Cup team, an indefinite hiatus that has extended to six seasons.

He has always had his supporters too, however, and many of his doubters were won over by his gutsy display last week, as the US-based player stood up against some of the legends of the game at the 132nd edition of the Wimbledon Championships.

Anderson had to follow a lengthy, tiring path to become the first South African man in nearly a century to reach the trophy decider at the All England Club, and it was his journey which captivated the nation.

Here he was, the wayward Davis Cup snoot, digging as deep as could be expected from any tennis player, and he had a South African flag next to his name.

He spoke eloquently in media interviews, was gracious in victory and humble in defeat, and few could deny his charm as an ambassador. He was also superb on the court.

Anderson’s gruelling semifinal victory over American John Isner, which was ground out over six hours, 36 minutes, was the second-longest match in Grand Slam history.

This after he had defeated eight-time Wimbledon champion Roger Federer of Switzerland in a hard-fought quarterfinal which had also stretched into the far end of the fifth set.

Having battled through brutal play-offs, Anderson was up against a wall when he faced Novak Djokovic in the final, and his Serbian opponent racked up a straight sets win.

It was nonetheless a spectacular fortnight for Anderson, who was rewarded for his efforts by climbing to a career-high No 5 in the world rankings.

“It’s very special. Growing up in South Africa, we had kind of limited access to available tournaments,” Anderson said after the tournament. “Wimbledon was the most iconic event, so to be here in the finals, it was amazing.” 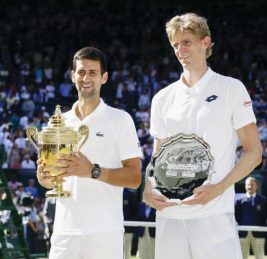 Novak Djokovic of Serbia, left, winner of the men’s singles final at Wimbledon, and runner-up Kevin Anderson of South Africa pose with their trophies in London on July 15, 2018. Picture: Getty Images

Born in Joburg, Anderson attended the University of Illinois before settling down in the US with American spouse Kelsey Anderson.

Repeatedly criticised for turning his back on the national tennis team, the big-serving giant has previously shared his reasons for making himself unavailable for the Davis Cup competition, expressing his desire to focus on lifting his global ranking.

Anderson has pocketed R177 million in prize money on the ATP Tour since he played his first professional tournament at the age of 17.

Between 2013 and 2015, he reached the fourth round at seven of the 12 Grand Slams he played and progressed to the quarterfinals of the US Open.

His career took a knock in 2016 when he was sidelined for most of the season due to injuries, but Anderson made a spectacular comeback last year, reaching his first Grand Slam final at Flushing Meadows where he lost in straight sets to Spaniard Rafael Nadal.

Aside from his run at Wimbledon, Anderson has reached three other finals on the ATP Tour in the 2018 campaign, winning the New York Open 250 Series tournament in February to lift his fourth career title.

“I think more than anything I’ve just really trusted the process,” he says. “I feel like that’s probably one of my biggest strengths, my ability to sort of keep at it, keep my head up.”

Though he remains in pursuit of dual citizenship, Anderson maintains it is merely an attempt to ease the visa process when he competes on the international circuit, and he is committed to making a difference in South African tennis, albeit from a distance.

“I’ve had so much support from home, and I really hope that it’s a source of inspiration for kids and just develops interest in tennis.

“South Africa does have a strong tennis history. We struggled over the last sort of decade or so, but it’s not easy. It takes a lot of time.

“I hope maybe somebody sits here in 10, 15 years’ time and he says he watched me playing Wimbledon, that’s one of the reasons he’s here. That would definitely be great for me to hear.”