Zille revels in the schadenfreude of ANC Youth League being liquidated

The premier referenced Martin Luther King Jr in response to news the league's troubles have mounted after defaming her. 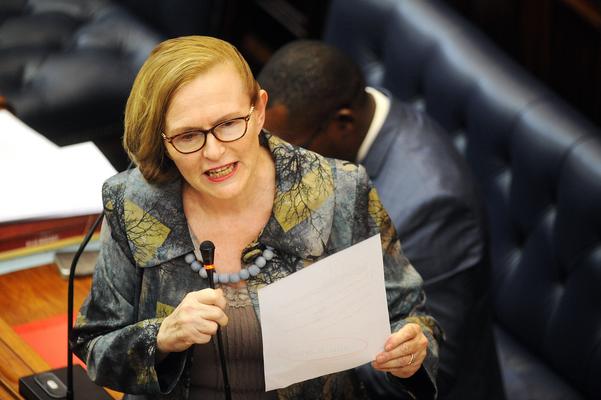 The ANC Youth League’s bankruptcy declaration by the High Court in Johannesburg recently had Western Cape Premier Helen Zille reaching for her book of quotations.

The premier tweeted the news of the league being declared bankrupt for having failed to pay a legal bill linked to a defamation case in which Zille had been called a ‘racist girl’ when the league was still under the control of Julius Malema.

She said: “The arc of the universe bends slowly, but it bends towards justice.”

"The arc of the universe bends slowly, but it bends towards justice." https://t.co/NHhJfTusWq

The league had been declared bankrupt on Thursday by Judge Sharise Weiner following its failure to meet a payment deadline on the legal costs from a 2010 defamation case against Zille.

Reports indicate the league sent Advocate Hugo de Waal proof of payment on the night after the liquidation order was granted.

De Waal had appeared for Zille and applied for the liquidation order against the league.

Then league leaders Floyd Shivambu and Malema, among others, had in 2010 accepted responsibility for covering the costs of the Zille defamation case.

The order was granted and, although the league claimed to have made the payment last week, it was still too late.

The league is currently facing liquidation status while a report claims youth league spokesperson Mlondi Mkhize says the league had planned to pay the debt in full.

The liquidation implies the league will no longer have control of its assets.