Big surprise for ANC about support for expropriation without compensation

The ruling party is reportedly in panic mode to attempt to reopen the window for people to give written input in favour of changing the constitution. 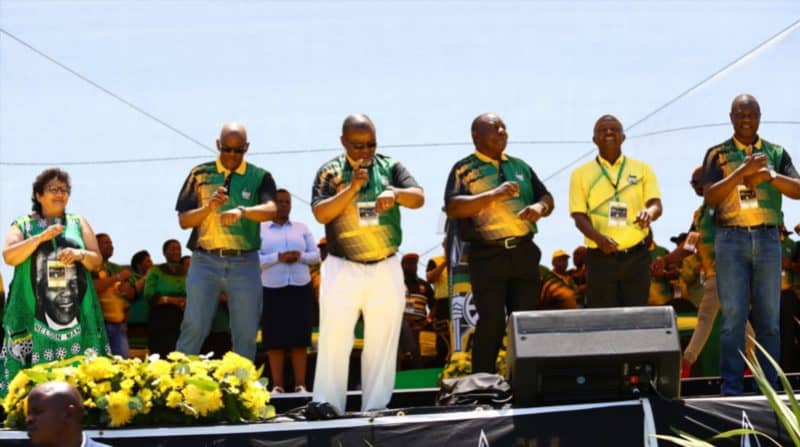 In a front-page report in Afrikaans Sunday paper Rapport, the weekly alleges the ANC has been placed on the back foot by a preliminary report on the written submissions government will receive on moves to change the constitution.

Parliament passed a motion earlier this year to change section 25 to make it easier to expropriate property without compensating owners for it, and resolved to consult the public nationally on its views on the way forward.

A multi-party committee, which is dominated by ANC MPs, recently wrapped up a massive countrywide consultation process in communities in every province, ending in the Western Cape.

The ANC in that province last week said “our people have unequivocally and overwhelmingly said section 25 of the constitution must be amended in order to fulfil the broad and fair land ownership”.

The multi-party committee was meant to be deliberating extensively on the matter reporting to both houses of parliament on its findings. The final report on written submissions needs to be completed before the end of August.

In a late-night address last Tuesday, however, a confident President Cyril Ramaphosa said his party would, through the “parliamentary process, finalise a proposed amendment to the constitution that outlines more clearly the conditions under which expropriation of land without compensation can be effected”.

It’s understood that many of those who spoke at the public hearings were in favour of changing the constitution. An estimated 2,700 people made oral submissions at hearings attended by about 24,000 people.

However, the ANC top six are reportedly furious that ANC branches allegedly spent too much time focusing on the public hearings instead of written submissions, the submissions deadline for which ended in June.

The committee has reportedly received more than 700,000 written submissions on the matter; the vast majority are understood to be against land expropriation without compensation, according to a senior source in the ANC that Rapport describes as completely reliable.

The ANC, which allegedly wants to push through constitutional changes to section 25 with the help of the EFF before next year’s elections, is understood to have a plan to now instruct its branches to engage in large-scale submissions in favour of land expropriation without compensation, hoping to increase the perception of wider-scale public support for their plan.

The major problem for the ANC, however, is that the submissions process has now closed and it would have to use its majority in the joint constitutional review committee to reopen the window for further submissions.

The chairperson of the committee, ANC MP Vincent Smith, told Rapport he would not allow such a reopening, as it would undermine the integrity of the process. He said he would need an order of the Constitutional Court to change his position.

It’s understood the ANC is hoping a more radical expropriation-without-compensation policy move will help it to win the 2019 elections.