They say land redistribution isn't the key problem – it's providing support for actual farming that will cut the mustard. 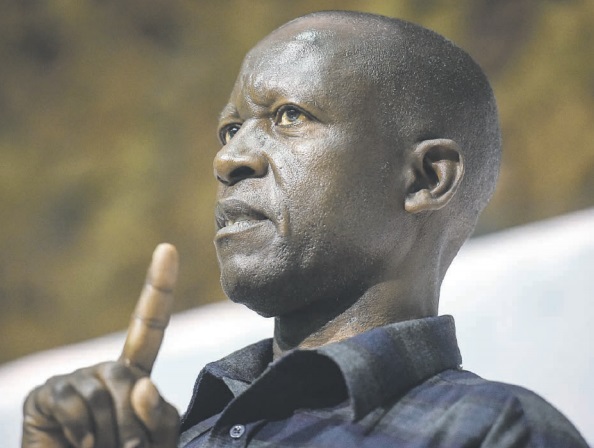 Forget about land redistribution: the real way to empower black people is to support black farmers … and the government is not doing that. That’s what frustrated black farmers are telling President Cyril Ramaphosa.

Whiskey Kgabo, a mango farmer in Tzaneen, Limpopo, is frustrated by government’s failure to sufficiently fund farmers, particularly black farmers. Even if government provides financial aid, they fund farmers based on their own prerogative, rather than the farmers’ proposed business plan, he says.

Kgabo, who was a commercial mango farmer, had to restart his business after the government reclaimed his 750 hectares in 2005.

He was only compensated eight years later, but is now considered an emerging farmer because of the land claim mishap. But when approaching government with a business plan for funding, he only received a small portion of the required funds.

“You request R15 million, which matches your business plan, but are only given R1 million, and they tell you that is the first payout and I must return for more.

“They are undercutting and providing funds according to their own understanding and that method doesn’t work because you can’t use your land fully.

“It is not true that the country only has white farmers. It is because they [white farmers] have access to funds. But if you give us that access, we will prove we can do it too.

“I grew up on a farm. I even mentored a white man who became a farmer. Black farmers are only failing because government doesn’t support them,” said Kgabo.

A young emerging black farmer got his break from interning at Little Barnet Trust in the Eastern Cape. At the age of 19, he was promoted to manager of the farm, managing workers over twice his age.

Now a co-owner of Matshibele, a dairy farm with more than 800 cows, the 30-year-old managed to start by buying several cows, leading him to buy shares in the company.

Even with a successful business, he still has not received funding from government.

“I have three directors in the company. When we started, we were representing the trust.

And all three of us are black and we are young. We were running a very profitable business. But that was not good enough for us to somehow secure funding, which is fine because our business turned out well. But I haven’t received any financial assistance from government,” he said.

Government was indeed failing farmers as they also delayed in providing funding, and only provided support once the planting season had passed, senior manager and economist at African Farmers’ Association of South Africa Thamanga Malapane told The Citizen.

He was hopeful, however, that Ramaphosa would fulfil his promise of boosting the agricultural sector, as mentioned in his inaugural state of the nation address earlier this year.

“There have been proposals through the president that they want to stimulate the economy, and agriculture was at the top of that. But government is really failing. I am hoping this is a learning curve,” Malapane said.