Yesterday the mayor was not confident he would survive a motion of no confidence, admitting that he 'did the maths'. 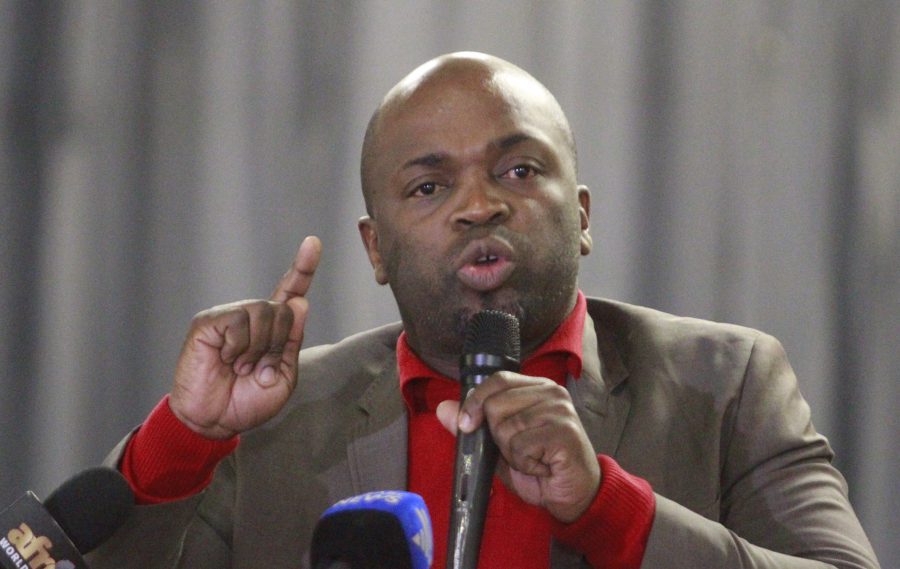 It seemed Tshwane mayor Solly Msimanga was already bowing out of his seat as head of the capital city yesterday when he called for a media briefing to “set the record straight”, only to recap the multiparty government’s achievements.

Msimanga, walking in a few minutes late with MMC of finance Mare-Lise Fourie, appeared to only be trying to highlight the successes by the DA-multiparty administration as his possible final day in office was looming.

But it seemed the success ship was about to sink for Msimanga as scandals of irregular appointments of senior managers and the alleged irregular awarding of billion-rand tenders have recently surfaced in the media.

Last week, the Tshwane ANC announced it would table a motion of no confidence against the mayor for maladministration, poor service delivery and corruption.

But yesterday, Economic Freedom Fighters leader Julius Malema said the red berets would also be turning on Msimanga and has tabled its own motion at tomorrow’s council meeting.

This took Msimanga by surprise, the mayor said yesterday.

“I have always had engagements with the EFF leadership in terms of our plans and where we are going. It came by surprise that when this matter came up, it was a big concern. No one said Mosola is guilty, he is innocent until proven otherwise,” said Msimanga.

City manager Moeketsi Mosola is expected to submit on Friday his response to a proposed suspension when council called for an urgent meeting last week to issue him with a notice of intention to suspend him.

This prompted Msimanga to institute an internal investigation into the tender, while he also requested the Special Investigation Unit to probe the matter. But it seems the EFF couldn’t wait for the outcome of the investigation.

Unlike when it ambushed the mayoral committee meeting in April to demand the immediate removal of former chief of staff Marietha Aucamp for her fake qualifications, the EFF is instead calling for the mayor’s head.

“When they marched into my office demanding Aucamp be removed, we were already acting on it. She was put on leave and when the allegations were confirmed, she was gone. They [EFF] are saying we must prove there was something wrong and to act on it.

“But how can I prove it when it is currently subject to investigations?

“We need to determine what the law prescribes and clear the city manager, or find him guilty,” said Msimanga.

But the mayor was not confident he would survive the motion, admitting that he “did the maths”.

“If there is going to be a vote to remove me and they [EFF and ANC] vote together, they will succeed in that particular matter. I stand undeterred by the motion of no confidence.”