A woman who has been working with pit bull breeds for 20 years was suddenly attacked by her beloved dog Dash, who has since been put down. 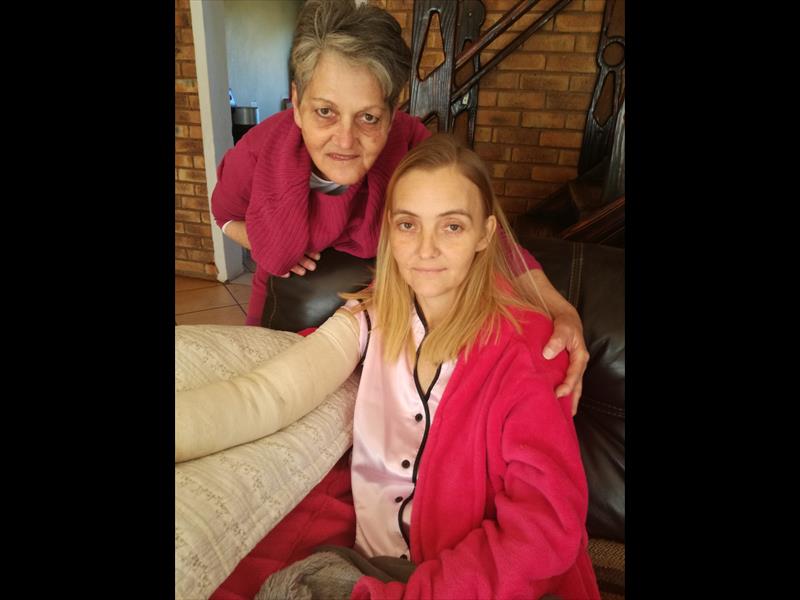 An Akasia resident is afraid she might never regain the use of her right arm after she was attacked by her own dog at home.

Tanja Lingenfelder, 40, told Pretoria North Rekord this week how she was attacked by her beloved pure-breed pit bull, Dash, without any provocation, last Sunday.

Lingenfelder was at home recovering from a hospital visit at the time and was on medication for chronic pancreatitis.

“I came home from the hospital that Friday. I was very, very weak and had to stay in bed,” she said.

She said Dash, almost six-years-old, usually slept with her and her husband on their bed.

“Dash was with me all weekend while I was recovering,” she said.

“I went to the bathroom and when I came back, Dash suddenly lurched at me – grabbing me by my arm.”

Lingenfelder’s mother Lilly Oelofse was in the house at the time of the attack.

“My daughter was so weak, she couldn’t even scream for help,” said Oelofse.

She said she was walking past Lingenfelder’s bedroom when she heard feeble “pained moans”.

“I could also hear a growling and tearing sound, as the dog was busy biting chunks out of Tanja’s arm,” said Oelofse.

“I rushed inside the room and just saw blood spurting everywhere as that dog was busy dragging my daughter across the room.”

Oelofse said she rushed to her daughter’s aid, trying to pull the large pit bull off her.

“The dog turned and bit me in my face, before it went back to tearing at Tanja’s arm.”

Lingenfelder’s father-in-law Peter Lingerfelder was also at the house during the attack.

Hearing Oelofse’s cry for help, he rushed to help the women.

“Even with his help, we struggled to get that dog to release Tanja,” Oelofse said.

“When we pried his [dog’s] jaw from her arm, he would go for her legs – he was going to kill her.”

Finally the two elder people managed to free Lingenfelder and rushed her to Steve Biko hospital.

“I’ll never forget all the blood and flesh left behind in the car,” said Oelofse.

“That great big chunk missing from my daughter’s arm will probably haunt me forever.”

Oelofse said she only later realised that the dog had torn off a chunk of her own leg during the struggle. 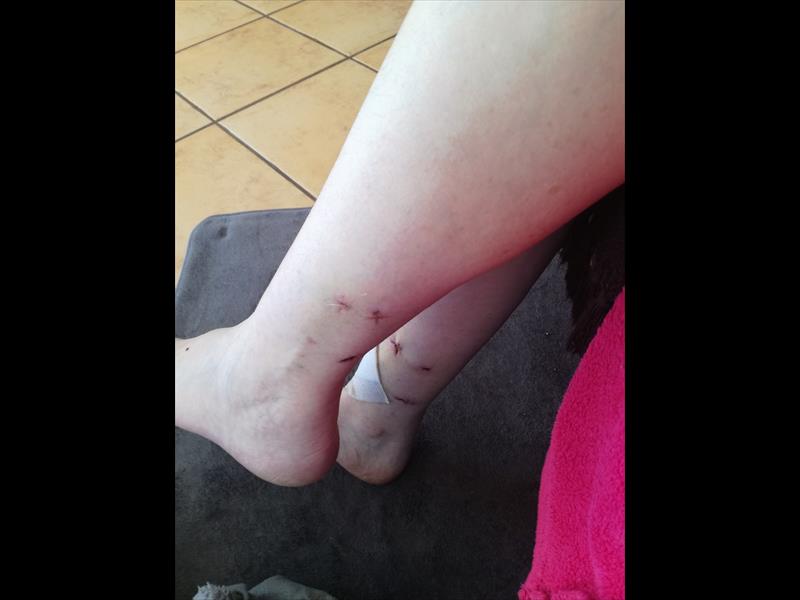 “I didn’t even feel it. My only concern was for my daughter.”

She praised the team of doctors that rushed to Lingenfelder’s aid as soon as they arrived at the hospital.

“After seeing how much blood Tanja lost, the doctors told us to call the rest of the family,” said Oelofse.

“They feared she wouldn’t survive.”

Lingenfelder said her right arm suffered the most damage.

“Dash had ripped open the main artery, and tore through my muscles and tendons,” she said. 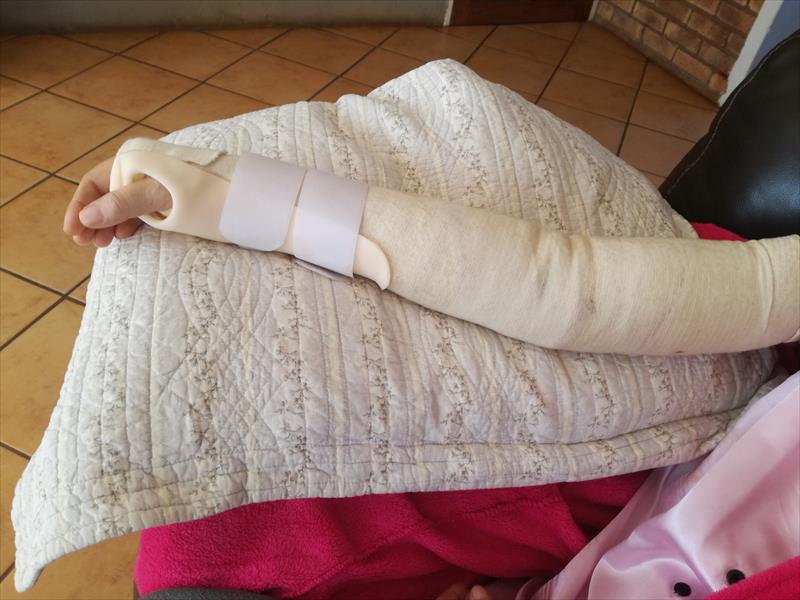 Tanja Lingenfelder fears she might never be able to regain the use of her right arm. Photo: Corlia Kruger

“The doctors struggled, but managed to save my arm – for which I will forever be grateful.”

Lingenfelder said it broke her heart to put down her beloved dog after the attack.

“For 20 years, I’ve been working and living with Pit bull-breeds and this is the first dog to ever attack me,” she said

Lingenfelder, a speed-typist, said she hopes that her arm will fully recover.

“There is a very slight chance for full recovery. I can only pray and stay positive that I will be able to use my arm again one day.”