WATCH: ‘We will not nationalise land we will de-monopolise it’ – Mbalula

Mr Fearfokkol says the ANC does not support 'land grabs' because they are organised and orderly. 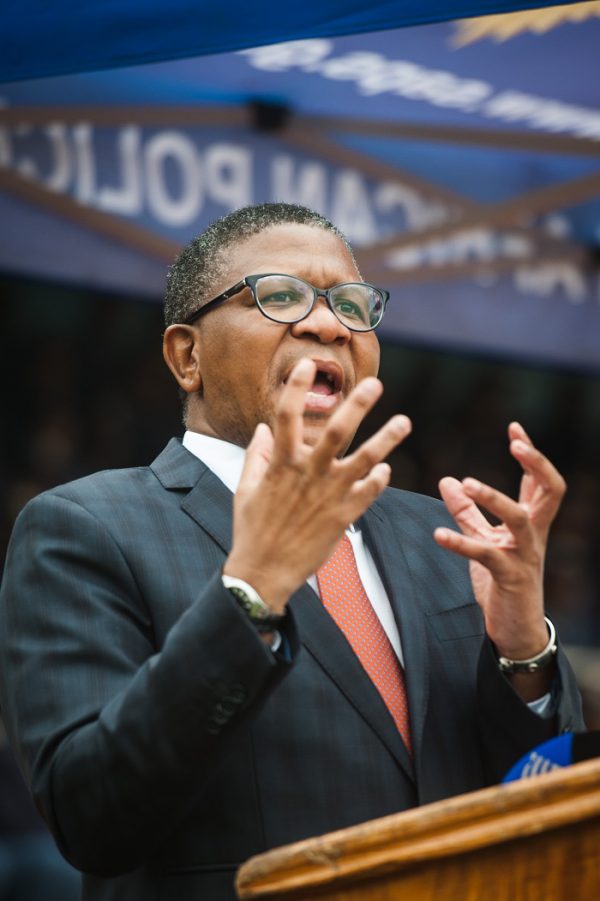 The ANC’s election head Fikile Mbalula says the ANC does not plan to nationalise land.  They plan to “de-monopolise” it.

Mbalula was in Centurion today to engage in dialogue with the AgriSA constituency. This is part of the ANC’s ongoing Thuma Mina campaign to engage sectors of society on issues of national importance.

Land redistribution means a bigger economy, according to Mr Fearfokkol.

“The ANC will not and will never subscribe to land grabbing in South Africa, we are orderly and we are organised in what we do,” Mbalula said.

He urged the agriculture sector to step up as they were a factor which contributed to the current recession.

“One thing that is not going to happen is to nationalise land. We are not in support of government controlling lives. Land will be de-monopolized. Land ownership will be made to be constitutional, as is it is not.

“All must have dignity, land ownership gives this dignity. Land gives each citizen ownership of one’s land, not just citizenship by vote only.  Land distribution is a national security imperative. It gives ownership and responsibility to all of us.  All South Africans must feel like South Africans.  Land ownership does exactly that.”

Mbalula said South Africa must build a nation with something to be proud of where all citizens are treated equally.

“We cannot do land redistribution without all stakeholders participating. We want to assure our people black and white… this will happen …orderly.”

He urged for discussion on land expropriation without compensation to begin.  “We have arrived here since 1994, not by luck because there were no holy cows.  Every aspect of what we were confronted with, we were able to negotiate and came to this particular point.  ”

Mbalula said though many nations were still bleeding in terms of “their internal strife, wars and so on,” South Africa prides itself on knowing that nothing was beyond anything.