A man from Kempton Park enjoyed two glasses of water before noticing tiny worms floating in his glass. 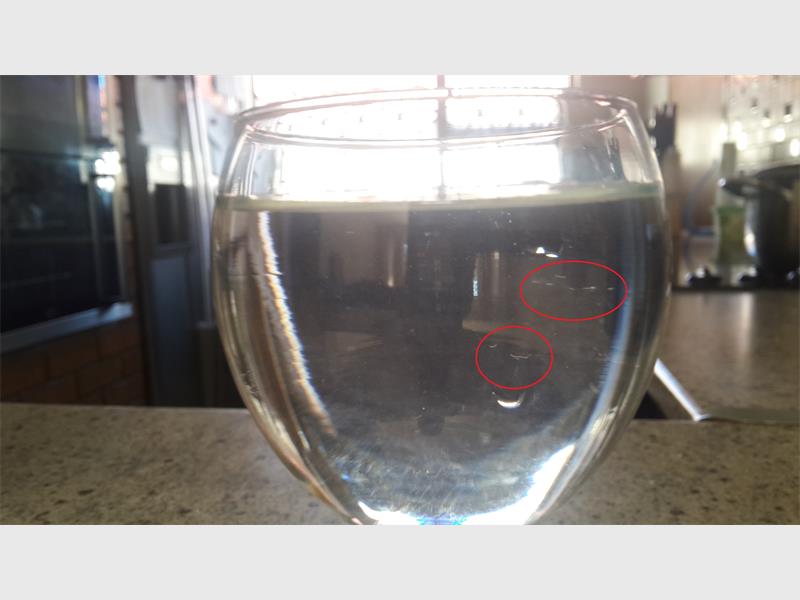 Birchleigh North resident Richard Kgwada (48) is not happy about the live worms found in his municipal water. Especially not since he drank two cups before his discovery. Photograph supplied.

Yet another resident has come forward with live worms in his water, this time in Birchleigh North, Kempton Express reports.

48-year-old Richard Kgwada from Strydom street found the tiny creatures in his water on Tuesday afternoon. This was after he had two cups to drink.

“I was drinking my second cup of water when I noticed something moving,” Kgwana said. “The cup wasn’t see-through, so I poured the water into a wine glass. That’s when I saw the worms.”

The father of three said he was angry at this discovery, as it may put his family’s health in danger.

“We only drink tap water. One of my children complained of stomach cramps this past weekend, now I wonder if it’s not due to the water.”

After finding the worms, Kgwanda immediately called his doctor, who advised that the entire family start to drink de-worming medication.

“We won’t be drinking tap water for a while,” Kgwana added.

In May and July, Kempton Express reported on live worms found in a Norkem Park and Birchleigh residents’ municipal water.

Themba Gadebe, spokesperson for the municipality, reiterated the statement he issued at the time: “Rand Water uses a chemical purification process and high-pressure pumps, which would make it impossible for any creature to pass through the water all the way to residents’ taps.”

According to Kgwada, he reported the incident to the municipality. No one had reported back to him when Kempton Express spoke to him on Wednesday.