The president says government contacted the US embassy to ask about Trump's tweets, but there has been silence so far. 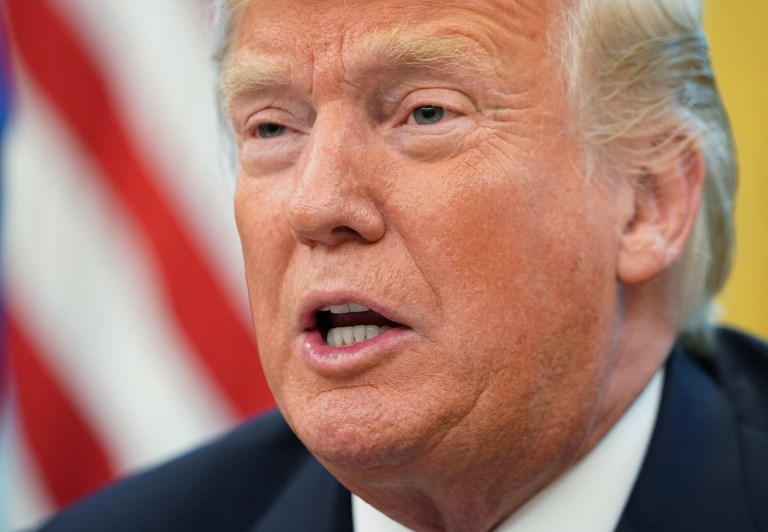 Government has received no correspondence as yet from US President Donald Trump after he tweeted about South Africa’s land reform process, President Cyril Ramaphosa said in parliament on Tuesday.

Trump had tweeted in August that he’d instructed his secretary of state to look into land expropriation and the killing of farmers in South Africa.

“I have asked Secretary of State @SecPompeo to closely study the South Africa land and farm seizures and expropriations and the large scale killing of farmers. South African Government is now seizing land from white farmers,” he wrote in the tweet.

Ramaphosa, answering questions from members of parliament in the National Council of Provinces, said there had been no correspondence between Trump’s office and the South African government on land expropriation without compensation.

He said the department of international relations and cooperation had been in talks with the embassy to ask about Trump’s tweets.

Last month Ramaphosa said in a televised speech that Trump should know South Africa does not belong to him and “he can keep his America; when I meet him I will tell him”.

Ramaphosa, reportedly addressing a biodiversity conference function in Ha-Matsila village in Limpopo, had said: “Donald Trump must leave us alone. When we were facing apartheid, when we were facing oppression … he was not here. He did not fight side by side with us. And we were able, on our own – yes, with support of progressive forces in the world – to resolve the apartheid question.

“As far as I recall, Donald Trump was not around at the negotiating table when we negotiated the end of apartheid. So stick around there in the White House. We will do our business here. And we will find solutions for our problems.

“Trump, stay out of our issues, and we will not get involved in your issues in America.”