The BLF leader accuses him of stating two different things and not sticking to his story. 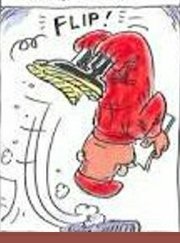 Tweets from the Economic Freedom Fighters and Julius Malema have Black First Land First leader Andile Mngxitama accusing Malema of being a “flipper”.

Mngxitama retweeted screenshots of comments the EFF and Malema made about Finance Minister Nhlanhla Nene on Twitter.

On February 26, the EFF tweeted: Nevertheless, we welcome changes in finance; the appointment of Nhlanhla Nene is a reaffirmation of confidence in black and African leadership.

It was president Cyril Ramaphosa who made the announcement in February and relocated Malusi Gigaba to home affairs.

In May, Nene was elected the chairperson of the board of governors of the New Development Bank, a position he was axed from during his first take as finance minister by former president Jacob Zuma.

Mngxitama appears to relish the idea that the EFF appear to be stating two different things.

In the tweet, he accuses the EFF leader of “flipping” and being Adriano Mazzotti’s flipper.

Mngxitama’s tweet came after the EFF leader tweeted on allegations that the finance minister was a target of an investigative report by amaBhungane on Sunday.

The allegations are that Nene may be connected to deals involving the controversial Gupta family.

Social media took jabs at Malema and the EFF for their change in views on Nene.

You can't trust that boy @Julius_S_Malema

A wise man always changes his mind. So we also flip with him.

He once admitted to being wrong, and he got fired as ANCYL president. So no more that, hell no. Once bitten twice shy.