Communities in Eldorado Park, Klipspruit, Finetown, Lenasia and other areas west of Johannesburg are allegedly planning to unite in mass action. 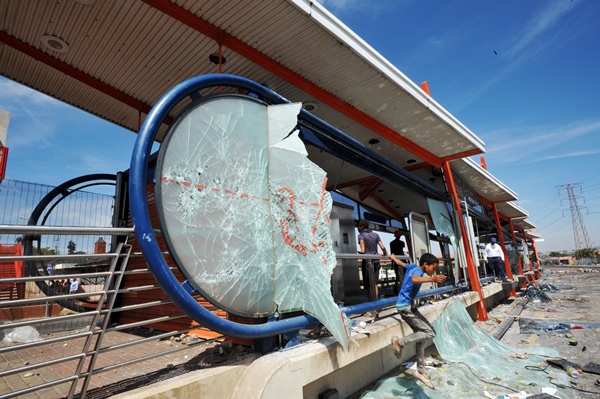 Protest action is expected to continue today in Westbury, and could spread to other communities, as anger and bitterness among former “coloured” communities over drugs, crime and service delivery intensifies.

In Westbury, hundreds of community members marched to the Sophiatown police station yesterday to demand the release of five residents who were arrested for public violence during protests against drug-related violence in the area this week.

Despite the intervention of Police Minister Bheki Cele who addressed the community yesterday, residents were not satisfied with his promises.

Yesterday Cele announced a special unit would be deployed to Westbury to deal with rampant drug-dealing and related crimes, and promised to take to task the officers accused of taking bribes from drug dealers in the area.

Residents said they were giving police a week to report back to them on investigations into corruption at the notorious station. Failing which, the community would “burn down” the police station, a young protester was heard announcing at the Westbury stadium yesterday.

“If the people are not released by midnight the community is going back to the streets tomorrow (today) at 4am,” a community leader, who did not want to be named, told The Citizen.

This emerged during ongoing protests over police complicity in drug-related crimes and turf wars that rocked Westbury after a fatal shoot-out between suspected drug dealers saw a woman killed in front of her 10-year-old daughter.

According to a school teacher from Reiger Park in Ekurhuleni, a meeting was scheduled for yesterday evening after the Westbury protest where coloured community members around Johannesburg would plan for a city-wide shutdown.

According to the teacher, this was because communities were planning to unite in mass action against the continued marginalisation of predominantly coloured communities.

The Citizen understands that the Local Development and Economic Civil Association was among the organisations planning widespread protest action calling on government to lend marginalised communities an ear and attend to long-standing socio-economic issues facing them.