Thousands of people are reportedly mobilising in Gauteng to embark on a province-wide protest against injustices in coloured communities. 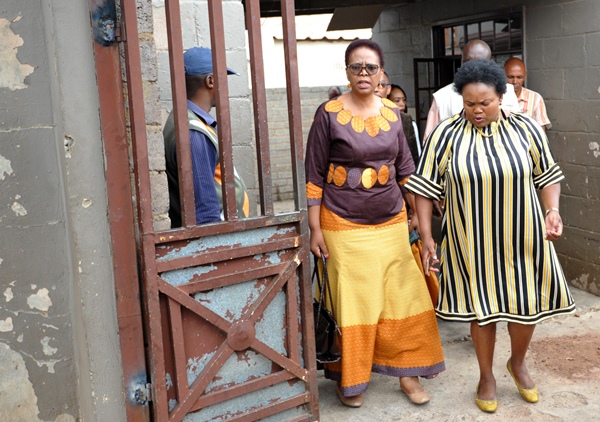 Experts have warned that the growing frustrations among coloured communities have reached a point of no return, with one analyst predicting that an ugly revolt throughout the country is imminent.

Plans for a province-wide shut down today by residents identifying as coloured communities were well under way in Johannesburg and Tshwane.

Political analyst Andre Duvenhage echoed activists involved in the Westbury protests, saying the ANC was increasingly alienating itself from the coloured community, and presiding over a racially polarising process of transformation.

Duvenhage warned this could take marginalised communities to boiling point in the run-up to the 2019 elections.

“The rise in political awareness and identity, lawlessness, institutional failures and economic pressure are all factors that will build up to a certain point – and it is only a matter of time,” said Duvenhage.

“These things sometimes have a snowball effect. We have seen this happening in the Free State back in 2004. If the pressure continues and there is enough leadership it can really explode.”

Sociologist Roger Southall said even in the DA-run Western Cape, politicians were alienating themselves from coloured communities.

“The ANC has increasingly taken a position that African means black, and that has been felt very much by the coloured community. My sense now is that the love affair between the coloured community and the DA is being tested with the whole performance of the DA with Patricia de Lille and what is seen as a failure of government to counteract gang violence, so they feel nobody is listening to them.”

Thousands of people were reportedly mobilising across Gauteng to embark on a province-wide protest against injustices in coloured communities.

Anthony Williams, one of the organisers in the Gauteng ShutDown coordinating committee, claimed meetings among residents of all predominantly coloured areas were being organised in preparation for various protest activities tomorrow.

“Our guys in all the different areas have been talking and there are meetings planned. Some for tonight and some for tomorrow night,” said Williams.

“I am talking about the West Rand, East Rand, and Central Johannesburg. We have covered all the bases and are organising with our brothers in Tshwane in places such as Eersterus – all in solidarity with the people of Westbury.”

The organisation released a statement yesterday, relaying the frustrations felt by their communities: “We have had enough of the blatant and very clear oppression in South Africa. It is a conscious effort and it is by design. It is not by accident or default that we have been left outside of the economy.”