Workers who used to produce 150,000 cards per month were allegedly escorted off the premises when they complained about contracts. 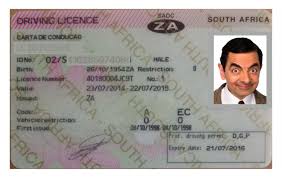 A backlog in the manufacture and delivery of drivers’ licences was allegedly the result of a labour dispute by the production team that manufactures the cards, who were sent packing for not agreeing to perceived unfair terms in their contracts.

The driver’s licence card account was taken over by the department of transport in 2015.

Workers claim that under the leadership of CEO Collins Letsoalo, they have received inconsistent contracts and were told to “sign or leave” when they were presented with new contracts in July.

Some claim to have been employed on a contract basis since 1998 and their gripes led to them being summarily dismissed.

This has apparently led to a national backlog in the issuing of drivers’ licence cards, and staff are demanding an opportunity to negotiate the terms in their contracts and for permanent employment.

According to one of the dismissed employees, who wished to remain anonymous, their new contracts prohibited them from seeking legal advice regarding the contracts.

She said they used to produce 150,000 drivers’ licence cards per month.

Speaking on behalf of the 15 dismissed employees, she told The Citizen that the new contracts flouted section 197 of the Labour Relations Act, which states that a new employer should replace the role of the previous employer in respect to all employment contracts and rights.

“We tried to negotiate as we didn’t agree with some of the terms of the contract. We were told to either sign or leave. As we tried to negotiate, they took away our access tags and got security to escort us out of the building and we were banned from returning,” she told The Citizen.

Since then, untrained and inexperienced people have taken over the production, she said.

The resolution of the current backlog should be expected by the end of the month, as a contingency plan to assist in producing 350 000 cards since the staff departed has been implemented, said transport department spokesperson Ishmael Mnisi.

He denied that the 15 staff members had been dismissed, claiming they were simply unhappy with clauses in their new contract.