‘Little China’ in Limpopo is ploy by ANC to get rich, says DA

The proposed R150bn Chinese investment in Limpopo has sparked a wrangle between the ANC and the DA. 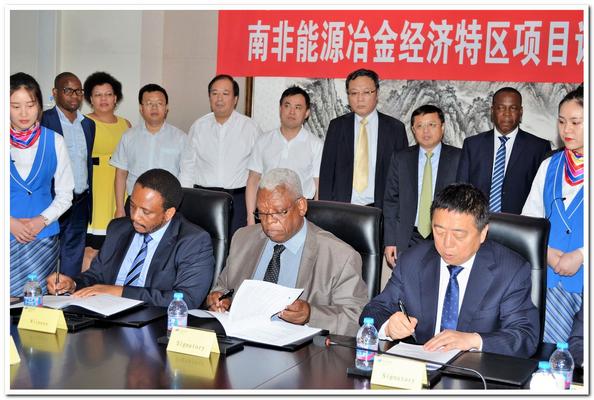 DA leader Mmusi Maimane has accused the ANC of being interested in looting rather than improving the lives of the more than 2.3 million people in the province who go to sleep on empty stomachs every day.

He was speaking at the Limpopo #TeamOne launch outside the offices of the Limpopo Economic Development Agency in Polokwane over the weekend.

“This special economic zone, complete with its own proposed power station and coal mines belonging to MC Mining with a Chinese company as its largest shareholder, is being bankrolled by nine Chinese companies that have committed to invest more than $10 billion into the project. That’s over R145 billion – almost 10% of our country’s annual budget,” he said.

“When you check who has lined up to benefit from this deal, you find the name of Cassel Mathale at the top of this list.

“Mathale brought this province to its knees through corruption and mismanagement. Now, along with his friends, he owns substantial interests in the MC Mining project.

“There is very limited beneficiation for the local community in this project, with only one of the four mines providing any community benefit at all.

“In fact, a 10.8% community share in Coal of Africa disappeared when it changed its name to MCM at the inception of the project. In whose pocket did this shareholding end up?” he asked.

Regarding the Chinese investment, he said it was important to be aware of what the country was getting into.

“We welcome foreign investment from anywhere, but then we must know what we’re getting ourselves into.

“Because this increasingly looks like it’s the establishment of a small Chinese empire in the north of our country, from which a handful of connected cadres will get fabulously rich.”

Limpopo provincial government spokesperson Phuti Seloba responded: “There is nothing wrong that the majority of people working at the special economic zone are ANC members.

“These projects are in Limpopo and Limpopo is led by the ANC. The same would have happened if the projects were in Western Cape, where the DA is in the majority.”

Seloba said the projects, which were being implemented in Musina and Makhado, were at the environmental assessment stage.

A fortnight ago, Limpopo premier Stan Mathabatha spoke out against the widespread views that it was dangerous to invest with China, saying the project was all above board.

Shunned by western countries over Omicron, Africa gets a boost from China
1 day ago
1 day ago

Shunned by western countries over Omicron, Africa gets a boost from China
1 day ago
1 day ago