Fearing for her life, as the driver allegedly carried a knife and firearm, she gave him the smartphone valued at R18K. 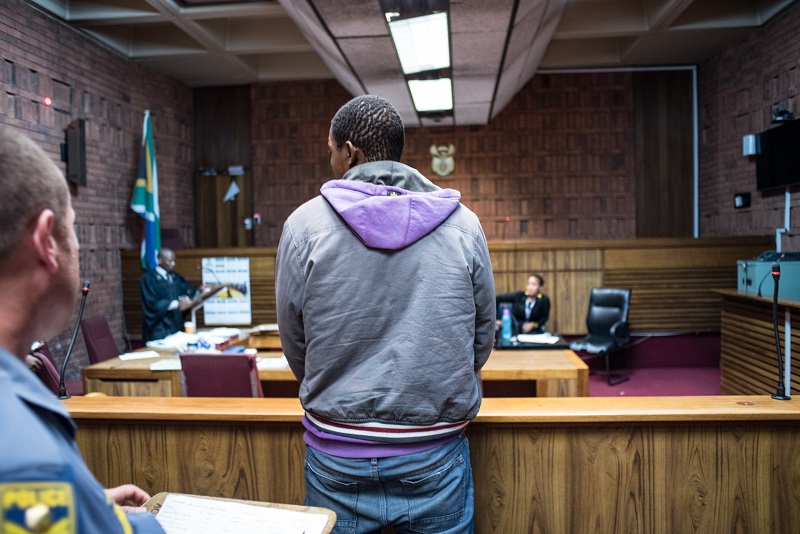 The School Bus driver accused of raping a 12 year old girl repeatedly over a period of two weeks instead of dropping her off at school is seen at the Pretoria Magistrates court where he made his first appearance, 7 November 2018, Pretoria. Picture: Jacques Nelles

While parents were trusting that their daughter was dropped off at school each morning, the child was instead allegedly being raped by her school bus driver as he had not been taking her to school for two weeks.

The gory details were revealed last Thursday when the father of the 13-year-old girl noticed that his cell phone was missing. But it turned out his daughter had taken the phone as instructed by the 29-year-old alleged rapist, who claimed he was owed R500 by her parents.

Fearing for her life, as the driver allegedly carried a knife and a firearm in the kombi, the child gave the driver the smartphone, valued at R18,000.

But later that day, the child came home with R3,000 accompanied by a bogus letter from her school, claiming it was a cash prize for her outstanding school work.

When the Soshanguve family contacted the school to inquire about the prize money, they found out that their Grade 7 child had not been attending classes for the past two weeks.

Her mother told The Citizen yesterday: “We found this suspicious because we knew she was being fetched each day. We started questioning her to find out where she was, and she admitted that the driver wouldn’t take her to school, but would rape [her] in his kombi outside another school in Pretoria west after dropping off the other learners.”

The child told her parents she was afraid of reporting the incident as the driver allegedly threatened to use the knife and firearm on her.

Talking outside the Pretoria Magistrates Court yesterday where the accused appeared for rape, her mother said the stolen cell phone was reported to the Rietgate police station, but police refused to assist in checking if the child was indeed raped.

“They kept referring us to a crisis centre but we couldn’t find one in our area. That is when we contacted the Economic Freedom Fighters and they accompanied us back to the police station, where the station commander was confronted and a case was opened on Friday,” said the mother.

But it was only on Tuesday night that the accused was arrested. It was only then that police took a statement from the minor girl.

The EFF, however, blamed the school for remaining silent even though they noticed the child had not been reporting to school.

Tshwane EFF regional command team member Rebecca Molope said: “We are disappointed and disgusted by police and their work. We are also disgusted by the school because they noticed for two weeks that the child was absent but they didn’t bother to call the parents to inquire.”

The matter was postponed to today for a formal bail application.