About 104 deaths are caused by open manholes every year, and in Johannesburg alone, there are about 4,000 uncovered manholes. 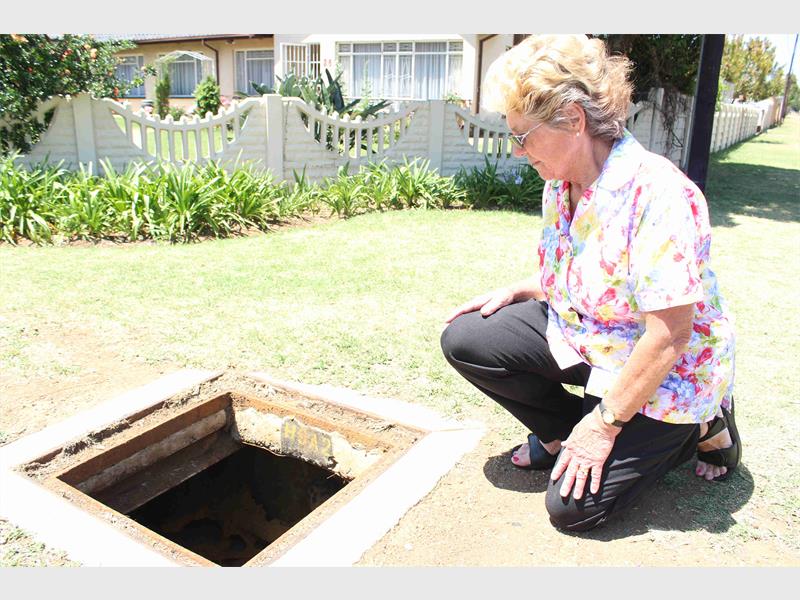 A concerned Roodepoort senior resident, Kittie Mistre, is urging pedestrians, especially children, to be careful when walking on the sidewalk as numbers of manhole covers have been stolen, she told Roodepoort Record.

ALSO READ: PICS: Executive jet gets itself stuck in open manhole at airport

“Manhole covers are placed to protect the public from falling into the holes; however, someone keeps on stealing them and they are endangering the lives of people and animals,” Kittie said.

“A manhole is about 1.6 metres deep, so imagine if a child, cat or a dog falls in – they will not be able to get out on their own and if no one rescues them they could be trapped there for days.”

According to Mashaba, the open manholes, as well as years of neglect of infrastructure maintenance, cause about 104 deaths on a yearly basis.

The Roodepoort Record contacted the Johannesburg Roads Agency’s (JRA) acting spokesperson Zoleka Jika to ask how much it costs the city to replace the covers and other relevant questions about the matter, but she failed to respond to the question.

Thieves illegally sell these covers to scrap yards and get paid between R80 and R150, depending on how much they weigh. Some of the covers can weigh as much as 140 kilograms, and some are even heavier than that.