Geese paddle into new home after ‘living’ in complex

A family of geese were recently moved to the Delta Park dam after they were found in a Ferndale complex. 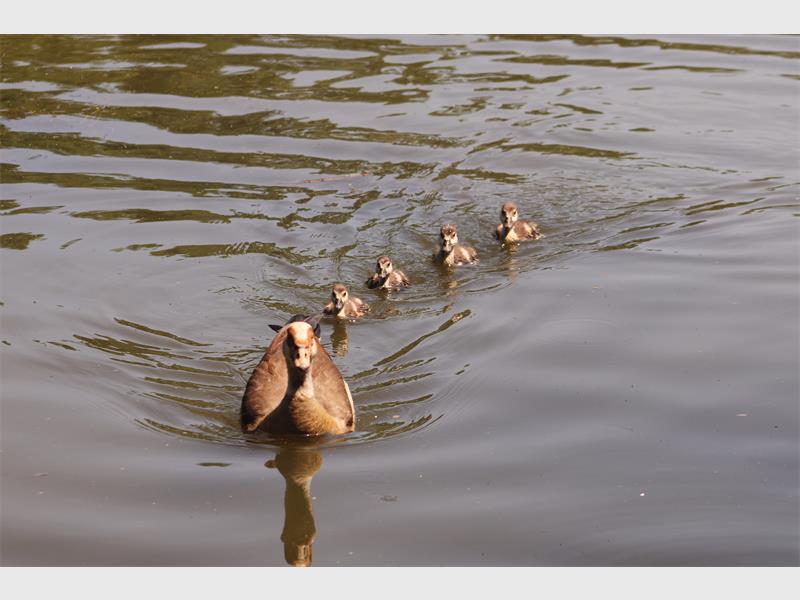 The goslings following their mother around a Delta Park dam.

It was a sight to behold at a complex in Ferndale recently when locals were greeted by a family of geese. A mom, dad, and six little goslings grabbed the attention of residents who were so beguiled at the sight of them.

The cute factor of their presence soon wore thin for resident Bennie Grobler, who realised the complex served as more of a hazard for the geese than a place of safety, due to the thoroughfare it faces daily, he told Randburg Sun.

So, a plan had to be devised to ensure the safety of this helpless family of geese. 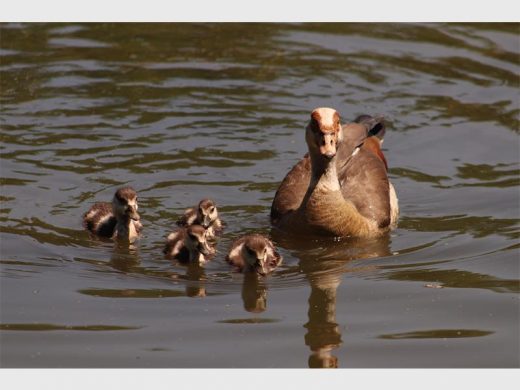 A mother goose with her four little ones swims in the lake at the Delta Park dam.

His wife Belinda, who was in Pretoria at the time, then took to social media and asked for advice on what the best thing to do for the family was.

She received an outpour of advice from community members who, like them, wanted to ensure the safety of the geese. 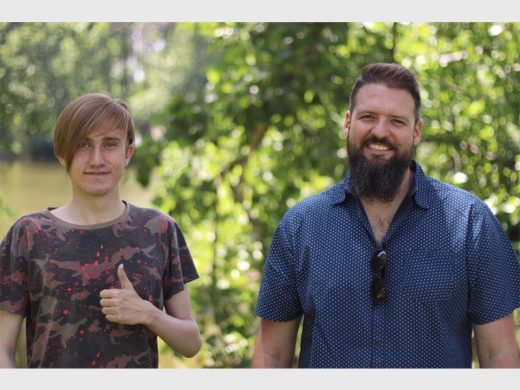 Richard Robinson and Bennie Grobler at the Delta Park north dam where they were happy to help by ensuring the safety of the geese.

Mandy Robinson from Spaniel Rescue SA received a call for help from Bennie and just like that, she and her son Richard made their way to the complex to help.

“She arrived with crates and nets,” said Bennie. By the time they got there, the geese were being kept in a garage and there they all worked to get the geese into the crates to move them off the property.

“She managed to catch them expertly and we got the goslings in one crate and the parents in another,” said Bennie, adding that the gander put up a fight throughout the entire four-hour experience as a way to protect his little ones.

The three affectionately named one of the goslings Ryan.

He was the weakest of the flock and had them worried about his health, so much so that they considered taking it to a rehabilitation centre. 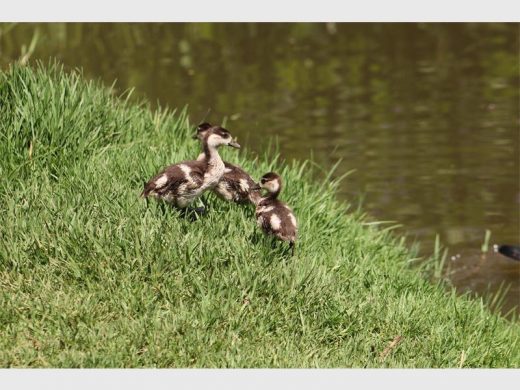 The goslings take a break from paddling. 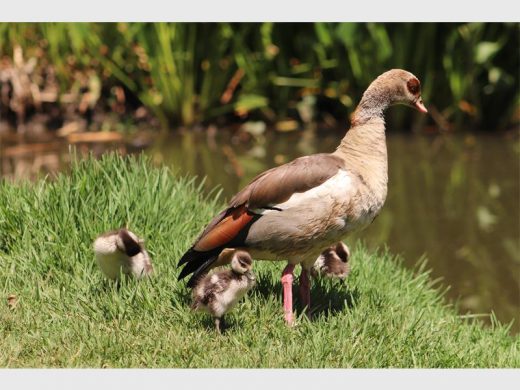 A goose looks after her goslings at the Delta Park dam.

After getting them into crates, they drove to Delta Park, where they released the geese into one of the park’s dam.

On Sunday, the Robinsons and Grobler went back to see how the family was surviving in their new home.

They found that out of the six, only four goslings remained, including Ryan, who is still the smallest of the lot. Also, the gander was not there, which is out of character for them.

Robinson lamented that there are various animals a gosling could fall prey to like barbel, harrier hawks, crows, and unfortunately dogs.

“Dogs can chase goslings who wouldn’t stand a chance against them,” said Robinson.

Bennie and Robinson shared the sentiment that it was beautiful to see how well the family was doing in their new home, considering their ordeal.