Calls for better security after Limpopo doctors shot by robbers 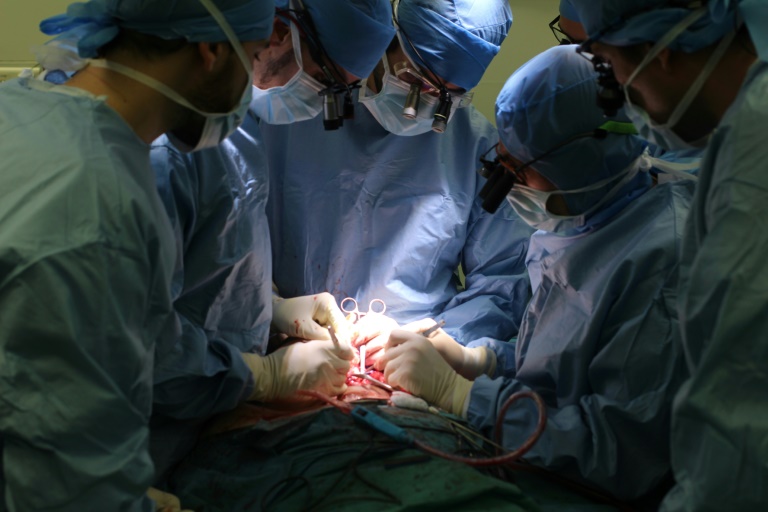 Three doctors were shot and seriously wounded while asleep in their residence at Letaba Hospital in Limpopo early yesterday morning.

One doctor, whose one-month-old baby was in the same room, was shot in the thigh. He and two of his colleagues are fighting for their lives in the intensive care unit of the hospital.

One of the doctors who survived the shooting, Musiiwa Muthapule, said he was woken up by a bang next door at about 3.30am. He heard screams for help.

“I was petrified after several gunshots were fired from the room. I hid under the table and prayed, thinking I was next,” said Muthapule, who was still shaking during the interview.

He tried to call the police and the security guards, to no avail. His terror increased when the thugs looked into his house through the window.

“From the shadow on the window, I could see that these ruthless thugs were armed with huge rifles and pangas.”

The police arrived shortly afterwards but by that time, the men had already vanished.

Nurses who were at the scene described the hospital as a playground for criminals.

The nurses, who asked to remain anonymous for their own safety, claimed several nurses had been raped and others attacked at their residences in recent weeks.

“When we report the cases to the hospital management, they give us the runaround and send us from pillar to post. But now that an incident took place at the doctors’ residence, the whole province has descended, including the MEC.

“This shows beyond any shadow of doubt that in this hospital some people’s lives are more important than others,” said one nurse.

Limpopo health MEC Phophi Ramathuba said the constant attacks on doctors in Limpopo were negatively affecting the recruitment of doctors to work in rural hospitals. He said there was a chronic shortage of doctors in the province.

The Democratic Alliance said yesterday said the incident highlighted the need for better security at the province’s vulnerable health facilities.

“The department’s solution to the robbery at Sekgopo was to reduce the clinic’s operating hours from 24 hours to closing at 4pm. It is clear from this action that the department is only interested in addressing the symptoms and not the actual disease,” he said.

Limpopo police spokesperson Colonel Moatshe Ngoepe said a huge manhunt had been launched for five armed suspects who had stolen an undisclosed amount of cash and TV sets, laptops, cellphones and tablets.

“We call upon the MEC of health in Limpopo to ensure the security service providers in public healthcare institutions are capable of delivering maximum protection to employees and patients at all health facilities,” TAC said.