Why is Pravin’s daughter’s face not everywhere, asks Malema

Malema questioned why images of Pravin’s daughter haven’t been more widely circulated in the media. 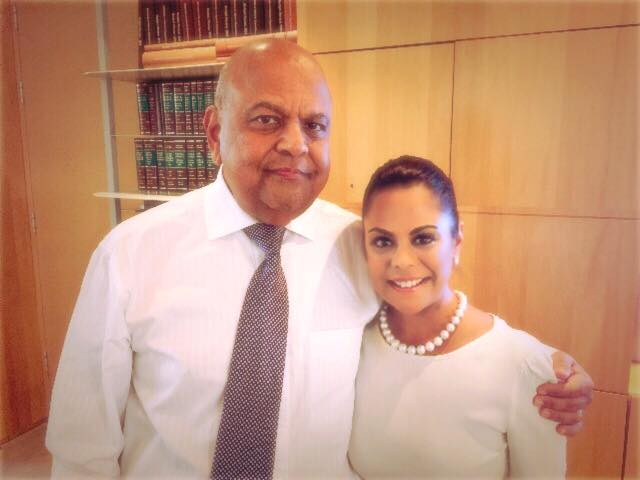 Economic Freedom Fighters (EFF) leader Julius Malema pulled out the race card yesterday and slammed a general culture in South Africa of protecting corrupt “whites and Indians”, while dishing out much harsher treatment to black leaders.

Malema continued his recent spate of attacks on Public Enterprises Minister Pravin Gordhan, lamenting the fact that he and other black leaders accused of corruption have to deal with their families’ faces being splashed across the media, while supposedly no one even knows what Gordhan’s daughter, whom the party has claimed is linked to corrupt dealings, looks like.

Gordhan and his daughter, Anisha, have been the subject of recent attacks by Malema. The leader of the red berets has claimed Gordhan’s daughter was allegedly awarded contracts by National Treasury and other government departments due to her father’s influence.

However, numerous reports have made the point that Anisha’s work for corporate entities has not meant she directly benefited from any government contract while sitting on the boards of these companies, particularly while working for Investec.

Malema has yet to provide any evidence for his claims. Speaking at the manifesto public consultation session at the Tshwane Metro Police Department headquarters yesterday, Malema said the media was, however, quick to publish images of his family and cousin, who allegedly benefited from the VBS looting scandal.

“Most of the people sitting here don’t know the face of the daughter of Pravin because [the Gordhans] are working with white monopoly capital and therefore cannot be corrupt. Our grandmothers and sisters – their pictures are everywhere.

“Pravin says ‘don’t involve my daughter’. But, if I dare say that, I’m told I can’t because I am a public representative. They were ready to expose Nhlanhla Nene’s son for getting money from the PIC when Nene was chairperson, because he is black.”

He said the recent allegations of his party benefiting from the VBS looting were just a ploy by “white monopoly capital” to silence the EFF for exposing white corruption.