Mabuza ‘prepared’ to step down to bring peace to the ANC

The deputy president's assurance, hard as it is to believe, comes in the wake of reports that he's increasingly unpopular in the ANC. 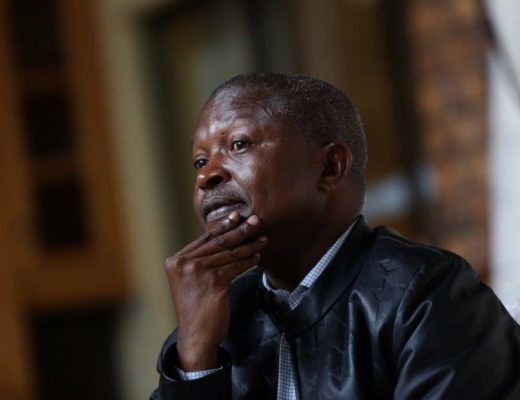 Speaking during his door-to-door Thuma Mina campaign last week, Deputy President David Mabuza claimed he valued his organisation, the ANC, over his own position and access to power.

He was quoted saying by Mpumalanga News: “The problem we’re having in the ANC is the grappling for positions. As the national executive committee (NEC) and national working committee (NWC), we are going to deal with that matter as we’re all in the province. We are going to attend to this. What matters is the unity of the organisation, rather than positions. If some people are so desperate for positions, I’m prepared to give up my position to anybody who wants it, as long as that move will unite the organisation.”

A high court case in Mpumalanga that started being heard last month is shining a spotlight on years of questionable behaviour by the ANC in the province, with a special focus on the legitimacy of provincial chairperson Mabuza, the former Mpumalanga premier.

The Citizen last month saw a file of evidence compiled by a group opposed to the current Mpumalanga provincial executive committee (PEC), which they are relying on in their case.

They are hoping to force the party to start on a fresh slate in Mpumalanga, and to neuter the power Mabuza still allegedly wields.

The group, led by Caiphus Malomane, accused the Mpumalanga PEC of having “violated the constitution of the ANC in all fronts”, adding they had no faith in the ANC’s current provincial leadership since “they have blood on their heads”.

They want the current PEC to be disbanded and the list process currently taking place to pick who will be sent to parliament and the legislature to be halted. They want a provincial task team installed independently and for the ANC’s NEC to take over the running of Mpumalanga “as a matter of urgency”.

The group’s evidence suggests that wholesale branch and member fraud did take place in the province.

The group also wants the high court to stop ANC secretary-general Ace Magashule from supposedly “realigning” the province’s wards and branches in a process they feel is akin to a post-crime cover-up. They claim a letter to the Mpumalanga PEC dated August 8, in which Magashule called for the merging of branches to be in line with “demarcations to build coherence around organisational systems” was an indication of Magashule’s attempt to eliminate bogus branches.

Mabuza said last week: “The ANC was founded on principles of unifying all people of this country. It’s not about individuals, but leading the people on the ground towards a united South African society, both black and white, which the organisation has been able to achieve and sustain for more than 100 years of its existence. The founding fathers of the ANC never grappled for positions but fought for the unification of all people, hence we are the government of the day since 1994 and we will continue ensuring that we sustain that culture of the ANC,” he stated.

Last Monday the NEC and NWC met in Mbombela to deal with some of the pressing matters in the province.

Asked about his recent ill health, since he took himself for treatment in Russia, Mabuza said: “Yes, I was in Russia for a two-week treatment there, because it was there that they diagnosed me and they have records of how I should be treated.

“As a matter of clarity though, I paid for my trip to Russia, including my treatment, and the state paid for the bodyguards, which is a requisite given my position in government. I was received by the Russian government who placed me in a government hospital, according to protocol. I’m back and I’m very well because this has been my fourth medical trip to Russia,” he explained.

According to a report in the Mail & Guardian in July, Mabuza may not be nominated as a member of parliament by several ANC members in provinces angry at him for unexpectedly backing Cyril Ramaphosa on a “unity” slate at December’s Nasrec elective conference.

Mabuza had been on Nkosazana Dlamini-Zuma’s slate as deputy president, but his unexpected decision to apparently support Ramaphosa gave Ramaphosa the edge over his rival. Mabuza has maintained that he merely allowed Mpumalanga branches and delegates to support whomever they preferred, but the M&G reports that Mpumalanga became highly divided ever since and was struggling to hold a provincial general council.

Some provinces were reportedly now “not keen” to support Mabuza during the list process to select who will be sent to parliament.

A Dlamini-Zuma supporter claimed Mabuza has been an “absent president” due to all the anger he has engendered among some in the party.

The deputy president was not favoured by Ramaphosa’s slate to begin with, supposedly leaving him with few real friends in the ANC.

Life apparently became so tough for Mabuza that ANC insiders told the M&G he may even be willing to let a woman take over as national deputy president in 2019, following elections, according to his confidants – in a bid to make peace with the “NDZ camp”.

(Compiled and edited by Charles Cilliers)