To spank or not is the question Concourt must answer 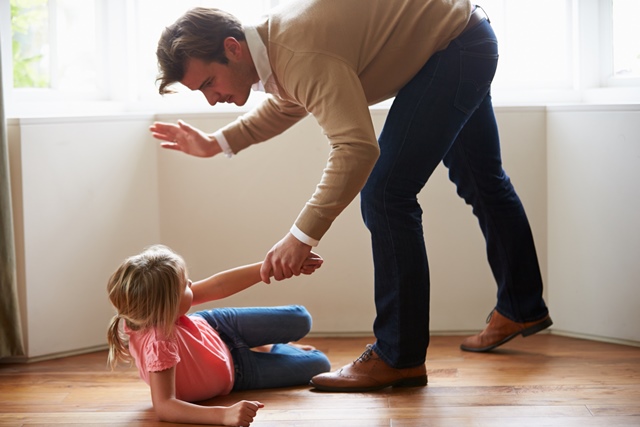 If an application seeking to defend the rights of parents to spank their children is successful, this could lead to the infringement of a child’s right to be protected from violence, the Constitutional Court heard yesterday.

Chief Justice Mogoeng Mogoeng highlighted several limitations in South African law when it came to determining whether corporal punishment of a child amounted to child abuse, suggesting that a case by case approach might be the easier road to take.

The application by civil rights group Freedom of Religion South Africa (For SA) challenging the high court conviction of a father who beat his 13-year-old son for assault presented several arguments, suggesting that not all acts of violence could be considered unconstitutional and that moderate and reasonable chastisement was constitutionally sound.

The group was also arguing that Christian scripture prescribed this manner of discipline, and to deny parents the right to practice this was an infringement on rights to religious practice.

The respondents in the matter, including the justice department and various rights groups, argued that positive discipline, a term they used to describe any alternative measures that used non-physical methods, was proven by studies presented as evidence before the court to be effective and less harmful.

They also argued that studies submitted to the court found violence towards children had long-lasting negative effects on children, which did not outweigh the purported benefits of spanking unruly children.

Mogoeng pointed out glaring holes in both arguments for and against criminalising child spanking.

He asked For SA to define what constituted violence as defined by law and whether there was a limitation to what could be considered violence towards a child – including the threat of violence.

For SA argued that as long as a parent is committing corporal punishment as an act of love and is administering this after a transgression and has not done so out of anger, this was acceptable.

The respondents argued that this was impossible to ensure in every case, adding that cases of domestic violence against children often went unreported.

Mogoeng was quick to point out that one could not argue for the law to be changed simply because people failed to report crimes.

He suggested that the use of the courts to decide on and act on incidences where unreasonable force was used and amounted to child abuse was more prudent and pragmatic in the long run.

The respondents urged that the court needed to send out a message to South Africans deterring behavior that led to violence and the abuse of children.

For SA said it believed the high court judgment would make criminals of well-meaning parents who loved their children and only wanted the best for them.

For SA attorney Daniela Ellerbeck argued that the effect of the judgment was that “if you give your child even the lightest slap on the wrist, you can be arrested and prosecuted for assault and, if convicted, will have a criminal record”.

The matter was expected to continue in January next year. – simnikiweh@citizen.co.za

US academy warns against effects of spanking

The American Academy of Pediatrics recently sent out a strongly worded statement against the practice of child spanking, warning about its devastating effects on children. The group, which represents about 67 000 doctors, also recommended that pediatricians advise parents against the use of spanking.

They defined this as “noninjurious, open-handed hitting with the intention of modifying child behaviour,” and also warned against using non-physical punishment that is humiliating, scary or threatening.

“One of the most important relationships we all have is the relationship between ourselves and our parents, and it makes sense to eliminate or limit fear and violence in that loving relationship,” said Dr Robert D Sege, a paediatrician at Tufts Medical Centre and the Floating Hospital for Children in Boston, and one of the authors of the statement.

A policy document of the academy suggests that positive discipline was far more effective in parenting and preventing later behavioural issues. Parents and other adult caregivers should use effective discipline strategies for children that do not involve spanking, other forms of corporal punishment or verbal shaming.

The guidance is part of an updated policy statement in which the academy strengthens its opposition to corporal punishment.

The policy Effective Discipline to Raise Healthy Children, from the Council on Child Abuse and Neglect and the Committee on Psychosocial Aspects of Child and Family Health, summarises new evidence published in the 20 years since the release of the 1998 clinical report on effective discipline, which discouraged the use of corporal punishment. – http://www.aappublications.org