The patient was treated on scene by a Netcare 911 emergency care practitioner while fire-and-rescue services used hydraulic tools to try to free him. 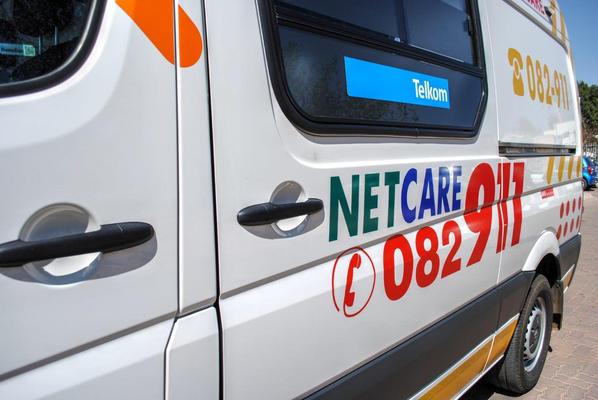 A seriously injured man was airlifted to hospital on Wednesday after his left leg became caught in what was suggested to be a type of industrial chipper machine on a Krugersdorp farm.

According to Netcare 911 spokesperson Shawn Herbst, paramedics responded to reports of a tractor incident at 12.17pm on Wednesday

“The patient was treated on [the] scene by a Netcare 911 emergency care practitioner while fire-and-rescue services used hydraulic tools to try to free him.

“While being treated, the Netcare 7 helicopter ambulance was activated to stand by on [the] scene to airlift the patient to hospital.”

Herbst said that after an extended period of being entrapped and crews battling against time to free the man from the heavy-duty machinery, senior medical personnel on the advice of a medical specialist, elected to fly a trauma surgeon to the scene in the event a limb removal would be required as a last resort to save the man’s life.

The Netcare 9 helicopter ambulance flew the trauma surgeon to the scene from a private Johannesburg hospital.

“The surgeon performed an invasive procedure to control bleeding in the man’s leg while crews continued cutting away at the metal machinery, eventually freeing his leg.

“Once treated and stabilised, the patient was flown in a critical condition to a specialised hospital for the treatment he required,” Herbst added.