Maile apologises for threatening text, but Tshwane resident says he is still in the dark

The Sunday Times reported the exchange with Lucky Nkhwashu in which Maile "lost his cool" with the Moreleta Park resident who had complained his electricity was cut off during lockdown due to non-payment.

Gauteng Human Settlements MEC Lebogang Maile has issued an apology to a member of the public whom he threatened to “mess up”.

The Sunday Times reported the exchange with Lucky Nkhwashu in which Maile “lost his cool” with the Moreleta Park resident who had complained his electricity was cut off during lockdown due to non-payment.

EFF MP Hlengiwe Mkhaliphi reportedly intervened during a meeting of the Cooperative Governance and Traditional Affairs Portfolio Committee on Thursday.

Maile reportedly said Nkhwashu, an ANC member, was seeking favours, but Mkhaliphi called him out on the handling of the issue.

Maile said on Sunday: “I would like to offer my sincerest apology to the person concerned, the people of Gauteng that I have been granted the honour and privilege of serving, the collective leadership that I serve with on the provincial executive and the organisation that I belong to and represent in government, the African National Congress”.

He added as a public servant he was aware he should treat people, who had service delivery concerns, with respect and humility.

“I am aware that I have let myself down and caused unnecessary hurt to the person concerned in the manner that I have responded in and would like to take full responsibility for my actions and hope that my apology is accepted”.

Maile said he would undergo “whatever corrective and disciplinary measures deemed necessary, in order to resolve the situation amicably”.

Nkhwashu said he had accepted the apology, contained in a statement that followed Maile’s, but told News24 there were conditions attached.

He added he had been without electricity for two months because he had lost his income and was unable to pay for it.

Nkhwashu said he understood that during the lockdown people were not supposed have their electricity cut off, but due to a middle-company running the service, his power was cut, and in addition to what he owed, he also had to pay a reconnection fee, which he does not have.

“My children are struggling with the online schooling”.

The family had resorted to asking neighbours to be allowed to use their stove to cook, but due to the lockdown regulations, even they were reluctant to allow to do so.

“We have been eating bread,” he said. “The children don’t understand this and sometimes complain so I have to go and buy fish and chips, which I cannot afford either.

“Due to this lockdown, I owe everybody money”.

Nkhwashu added he was expecting some movement on Tuesday regarding the restoration of his electricity. 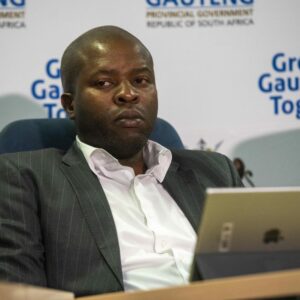