Jackson Mthembu passed on from Covid-19 complications, while his doctor died in a Netcare helicopter crash on Thursday. 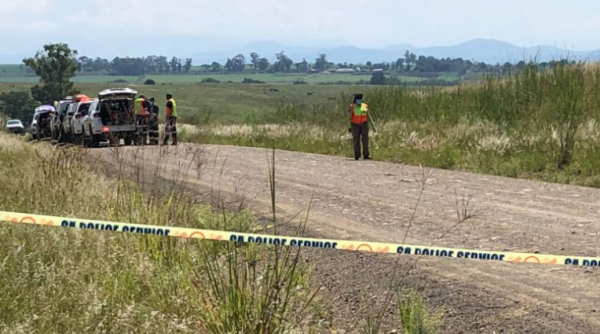 “One of the doctors who passed away in the crash was actually called by a friend to come and assist Jackson Mthembu during the difficult times.

“Dr Rudolf was an anaesthetic. They did everything to support Mthembu. On his way out he met a fatal accident,” Mkhize told eNCA on Thursday.

A Netcare 911 helicopter crashed near Bergville, KwaZulu-Natal, claiming the lives of all on board on Thursday.

Netcare identified the victims as Dr Mononyane, an anaesthetist, Dr Curnick Siyabonga Mahlangu, a cardiothoracic surgeon, and Mpho Xaba, a specialist theatre nurse for cardiothoracic and transplant, all from Netcare Milpark Hospital in Johannesburg.

Sinjin Joshua Farrance, an advanced life support paramedic and the pilot of the helicopter, Mark Stoxreiter, also lost their lives in the crash.

“There are no words adequate to describe our sense of enormous loss and grief at this terrible time. Our thoughts and prayers are with them at this most difficult time. We are shocked beyond words at the tragic loss of these healthcare heroes,” Netcare said in a statement

“The whole of Netcare falls silent as we bow our heads in tribute, respect, love and memory of our fallen colleagues and frontline heroes who have died in the line of duty.”

Jackson Mthembu passed on from Covid-19 complications on Thursday morning, after testing positive earlier this month. He was 62 years old.

The public and political parties have been sending their condolences to families of the healthcare workers, as well as Mthembu, who has been widely described as friendly and understanding.

President Cyril Ramaphosa said in a statement:”Our thoughts and prayers are with his family at this time of loss. Minister Jackson Mthembu was an exemplary leader, an activist and life-long champion of freedom and democracy.

“His passing leaves our nation at a loss. He was a much-loved and greatly respected colleague and comrade,”