Dr Mdlalose was the IFP’s former national chairperson and previously served as SA’s ambassador to Egypt. Mdlalose was one of the first members of Inkatha and served as one of the IFP’s main negotiators during the country’s constitutional negotiations in the early ’90s.

“It is with deep sadness that the IFP announces the passing of our former national chairperson, Dr Frank Mdlalose, who has succumbed to Covid-19. We extend our condolences to his children, Makhosazana, Themba and Lindiwe, and to his wife who is currently in hospital fighting this virus. We pray for her and we wish her strength,” former IFP president Prince Mangosuthu Buthelezi said in a statement.

Buthelezi paid tribute to Mdlalose saying he was an outstanding servant of South Africa.

“As one of the first members of Inkatha, he quickly showed his leadership qualities and his ability to ignite a vision in our people. He served in my Cabinet in the former KwaZulu government, as minister of the interior and then minister of health.

“During the constitutional negotiations, he became one of the IFP’s main negotiators, and was our country’s champion for federalism and the creation of provinces. When South Africa achieved democracy in 1994 and the electorate placed KwaZulu-Natal under the governance of the IFP, we appointed Dr Mdlalose as the first premier of the province,” Buthelezi said.

Buthelezi added: “I am grateful to have served our country alongside a leader of his calibre, and to have maintained a friendship with him long after our political work together ended.

“We remained close, exchanging correspondence regularly. I thank the Lord for the opportunity to see one another just six months ago.

“The IFP gives thanks for the life of Dr Frank Mdlalose. May his family be comforted in this difficult time, and may this great patriot rest in peace.” 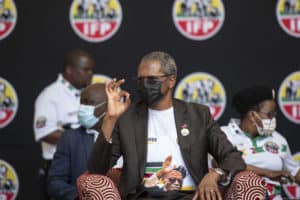 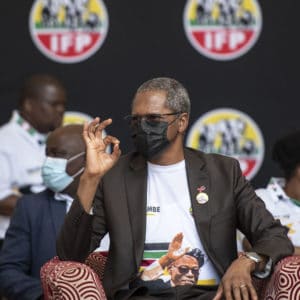