The Soul City Institute has been trying to understand why the teenage pregnancy numbers skyrocketed during lockdown. 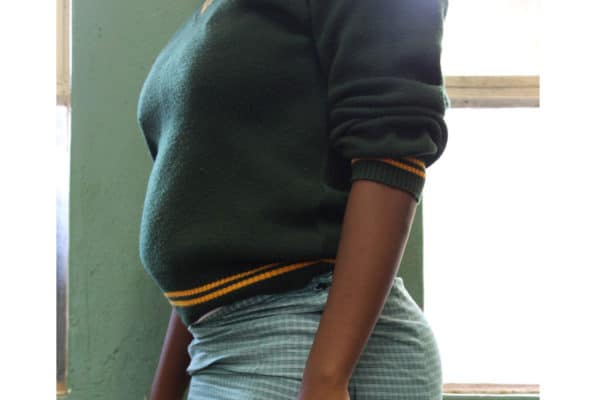 One of many examples of teen pregnancy. Image: Letaba Herald.

At least 23,000 young girls aged between 10 and 19 are pregnant in Gauteng. There’s also some 934 unattended cases of statutory rape and 1,300 new HIV infections detected in young girls weekly.

Kodisang said Covid-19 revealed the impact of systemic patriarchy on young South African girls, who bear the brunt of gender inequality due to the pandemic.

“These developments are a reflection of overall failed efforts to adequately address systemic issues at the core of adolescent girls and young women’s lives,” said Kodisang.

“Adolescent girls and young women continue to be failed by everyone in the value chain.”

The Soul City Institute has been trying to understand why the teenage pregnancy numbers skyrocketed during lockdown.

It has also criticised government’s handling of the reports, saying public officials tackled the issue of statutory rape in a “covert manner”.

Adding to the teenage pregnancy crisis are reports that scores of young girls between the ages of 10 and 19 are infected with HIV every week.

The Department of Basic Education told Parliament’s portfolio committee on Tuesday that there were now 1,300 new cases of HIV infection in young girls.

According to South Africa’s latest National Strategic Plan on HIV, STIs and TB, girls and women between the ages of 15 and 24 have the highest new infections of any age or sex cohort.

In 2016, these young women and girls accounted for almost 40% of new infections.

“The acknowledgement by the department’s deputy director-general Dr Granville Whittle that rape is among the drivers of these new infections is indicative of what we have been saying as the Institute,” said Kodisang.

“We have consistently argued that in a country where sexual violence against women is a pandemic on its own, it is only logical that the pregnancies reported are due to sexual violence and statutory rape in the case of minors.”

In addition, the Covid-19 pandemic has exposed girls and young women to a higher risk of HIV infection due to interruptions to sexual and reproductive health services and the continued barriers to youth-friendly services.

This is backed up by the research conducted by the South African Medical Research Council, which lists GBV, deficiencies in the health system and the inadequate education about contraception for adolescents as drivers of teenage pregnancies.

It also points to a grim reality that “one in five children under the age of 18 experienced sexual abuse.

“Increasingly, we see the need for comprehensive prevention and an outcome-based response that is multi-sectoral and sufficiently funded,” explained Kodisang.

“For example, school-based interventions such as the Soul Buddyz programme have produced evidence in preventing sexual debut, HIV infection and impacted positively on condom use and keeping girls in school until matric.”

ALSO READ: It’s men we should be targeting to end teenage pregnancy

“These programmes should be rolled out across the country to prevent sexual violence and raise awareness about adolescents’ sexual and reproductive health and rights.”