Government must ‘bite the bullet’ and make a decision on e-tolls, says Sanral CEO

While Outa claims stalemate could be linked to corruption, ministers want ‘further studies conducted to inform the decision to be made’. 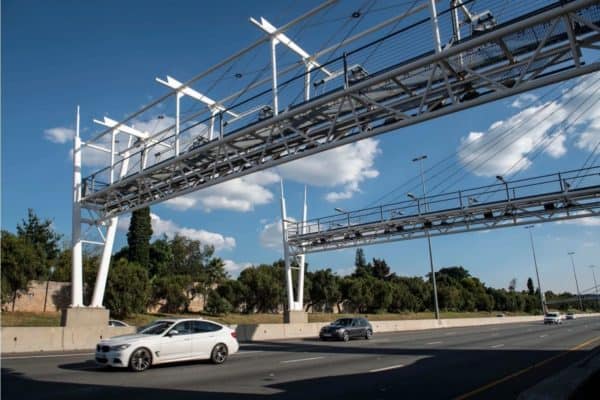 Transport Minister Fikile Mbalula says e-tolls still need to be paid for even if the user-pay system is scrapped. Picture: Michel Bega

Sanral CEO Skhumbuzo Macozoma has called on the government to “bite the bullet” and take a decision on the e-toll scheme on the Gauteng Freeway Improvement Project (GFIP).

“There are no easy answers. All the options we have presented to government have very significant financial implications and I think we must just make a decision,” Macozoma said at the Consulting Engineers South Africa (Cesa) Infrastructure Indaba on Wednesday.

“Cancellation in fact is the most expensive of the options that are on the table. So it’s a complex decision but it must be made. It’s not assisting that we [Sanral] don’t have a decision,” he said.

No deadline from Mbalula this time

Macozoma’s comments follow Transport Minister Fikile Mbalula telling parliament on Wednesday the date for an announcement on the future of e-tolls in Gauteng cannot be determined at this stage and the Organisation Undoing Tax Abuse (Outa) suggesting the reason the government has been unable to take a decision on the future of e-tolls could be related to corruption or the allocation of funds to areas where these should not be going.

ALSO READ: E-tolls vs SABC: User-pay principle only applies when govt wants it to

Sanral general manager of communications and marketing Vusi Mona, responding to a request for comment on Outa’s corruption allegations, said: “As an agency of the National Department of Transport, Sanral is not in a position to comment on e-tolls until there is a government pronouncement on the future of e-tolls. We will be guided by the National Minister of Transport in this regard.”

Electronic Toll Collection (ETC), which is owned by Austrian-based Kapsch TrafficCom, manages the collection of e-tolls in South Africa.

Kapsch said it did not want to get dragged into Outa’s crusade against the Gauteng Open Road Tolling system.

Its only comment therefore is that it strongly rejects the allegations of corruption in South Africa and Zambia, which “do not become more credible by repeating them again and again”.

Responding to a written question tabled in parliament, Mbalula on Wednesday again confirmed that the Department of Transport has tabled various funding options around e-tolls on the GFIP for a cabinet decision.

However, Mbalula said that after consideration of the options, cabinet directed that both the Department of Transport and National Treasury jointly relook at the options and resubmit them to cabinet for consideration.

“The date for announcement on the future of e-tolls in Gauteng cannot be determined at this stage as the discussions around funding for the system continue to take place, focusing on the various financial options available,” said Mbalula.

“The delay on the announcement is that the process to pronounce on the future of the e-toll takes time as the two ministers [transport and finance] had to first meet and in their meeting they agreed that further studies be conducted to inform the decision to be made.

“It is important to note that the department is committed to finding a workable solution that does not ‘drown the country in debt’ but is equally sensitive to the public’s issues and, once it is clear on the sustainable model, a submission will then be made for cabinet’s final decision.”

Where is the R50m a month actually going?

Outa CEO Wayne Duvenage said Outa believes the continued operation of the Gauteng e-tolls, which only around 15% of motorists are contributing toward, has little to do with the search for a new funding mechanism and more to do with “where some of the current R50 million or so each month is actually going”.

Duvenage stressed that from an Outa perspective, there are very few options for the government to consider, adding the only alternative to e-tolls is for the GFIP bonds to be financed via National Treasury.

He said between 2016 and 2020 Treasury had already allocated Sanral R10.8 billion for GFIP, which accounts for about 51% of the freeway bonds for the overpriced upgrade and is on top of another grant of R70 billion – an annual average of R14 billion a year – for the same period for non-tolled roads.

“This has been the solution being practised for the past number of years and should continue to remain, as the entire country benefits from Gauteng’s freeway upgrade,” he said.

Duvenage questioned why Sanral continues to operate the defunct scheme when only a handful of people – mainly a few businesses who profit out of e-toll charges to their clients – continue to pay.

He said Sanral itself has written off R23.6 billion of the unpaid e-toll bills, of which R17.3 billion was revenue not recognised and R6.3 billion of the R10.4 billion that was reflected in Sanral’s books was impaired as uncollectible.

“Thus the failure to collect e-tolls in lieu of payment for the GFIP bonds is a fait accompli,” he said.

Duvenage stressed this has never been an efficient or enforceable user-pays scheme and Outa believes that corruption, or the allocation of funds to areas where these funds should not be going, probably has something to do with the state’s reluctance to pull the plug on the scheme.

He said this conclusion is based on several Outa observations, including:

“With too many questions and a lack of transparency over the e-toll debacle, along with the state’s reluctance to introduce a commission of inquiry or a thorough independent investigation into the scheme, Outa believes there is no rational explanation for the continued collection of e-tolls and, as such, there must be another sinister or possible corrupt motivating force behind its continued operation,” said Duvenage.