amaBhungane claims details of mayor Mzwandile Masina's accident have been 'hushed up'. 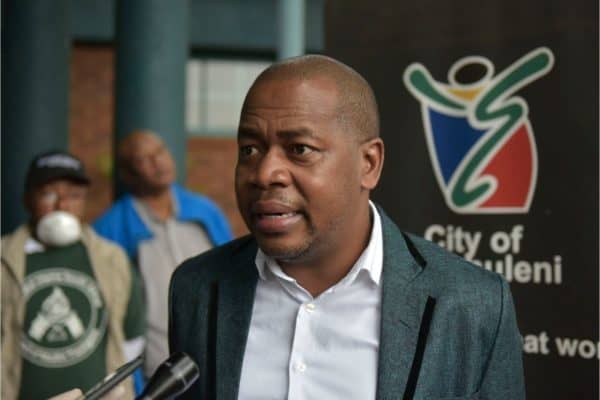 A report by investigative journalism group amaBhungane has alleged that details surrounding a high-speed car crash involving Ekurhuleni mayor Mzwandile Masina have been “hushed up”.

The allegations in the report include:

The accident reportedly happened around midnight on 20 August 2020. A BMW 540i, allegedly driven by Masina, hit the back of a truck on the N12 highway in Johannesburg. The truck was undamaged, but the car had some minor damage with the passenger side scraped and the mirror broken.

Talking to amaBhungane, the truck driver said the BMW was driving at a high speed and swerving across lanes before the collision. After both vehicles stopped, Masina allegedly started shouting at the truck driver. Men from two other cars also approached the driver in an aggressive manner.

The Ekurhuleni Metro Police Department (EMPD) officers arrived on the scene and the truck driver gave them a sworn statement that said Masina “bumped the tyre of my back trailer and I noticed he was [drunk]”.

The EMPD didn’t get a sworn statement from Masina as the mayor had already left the scene. The accident report says Masina was not tested for drunken driving.

The report further alleges that EMPD superintendent Kelobogile Thepa discovered that the BMW did not belong to Masina, but was a blue-light VIP vehicle allocated to the office of the mayor. Masina was not permitted to get behind the wheel of one of these cars.

Thepa, who was head of the EMPD VIP protection unit at the time, said she notified the chief of police, who had a meeting with Masina. The mayor allegedly told the chief of police he didn’t Know he wasn’t allowed to drive the car and promised not to do it again.

Since then there have been no further investigations into the accident.

amaBhungane, however, has asked the following questions:

amaBhungane further alleges that it spoke to people who were on the scene or were involved with the investigation but they had been warned “not to say anything relating to the incident”.