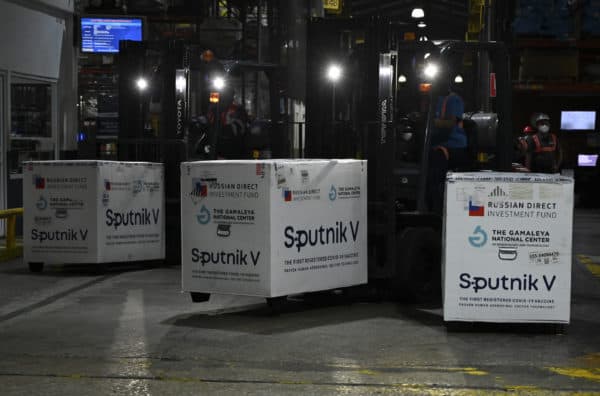 A war of words has broken out over the refusal of the South African Health Professionals Regulatory Authority (Sahpra) to approve the Russian vaccine, Sputnik V, pending further data.

Russian Direct Investment Fund representative Amelia Craddock said on Tuesday, according to the Gamaleya Centre of Epidemiology and Microbiology, all the information “confirming that possible concerns about the safety of Ad5 vectored vaccines in populations at risk for HIV infection are unfounded”.

“There is no evidence of increased risk of HIV infection among humans after a common cold or conjunctivitis,” said Craddock.

This week, Sahpra chief executive Dr Boitumelo Semete-Makokotlela said the regulator had “requested the applicant to provide data demonstrating the safety of Sputnik V in settings of high HIV prevalence and incidence”.

“The applicant was not able to adequately address Sahpra’s request,” she said.

Epidemiologist Dr Jo Barnes said it was reassuring to the public, especially those who were hesitant about vaccines, that Sahpra was thorough and cautious.

“The link between aspects of the Sputnik V and increased risk of HIV in males has been known for some time. Sahpra invited the manufacturers to provide data clearing up this concern, but they failed to do so,” she said.

Barnes added allowing the Sputnik V to be used in the country could have dire consequences.

“There are indications that Sputnik V is not effective against Covid, even in three-dose trials. Allowing the present Sputnik V for use in South Africa and triggering an additional increase of HIV infection will truly be a health and an economic disaster,” she said.

“Saphra has a legal obligation to only approve vaccines that are going to be safe and what happened with this [Sputnik V] is Saphra can only approve a vaccine if petitioned information is provided from the organisation or company seeking the approval.”

Omicron: When will South Africa go into hard lockdown?
8 hours ago
8 hours ago

Omicron: When will South Africa go into hard lockdown?
8 hours ago
8 hours ago