A young woman who was hijacked and viciously beaten was charged with perjury after she reported a case of hijacking. 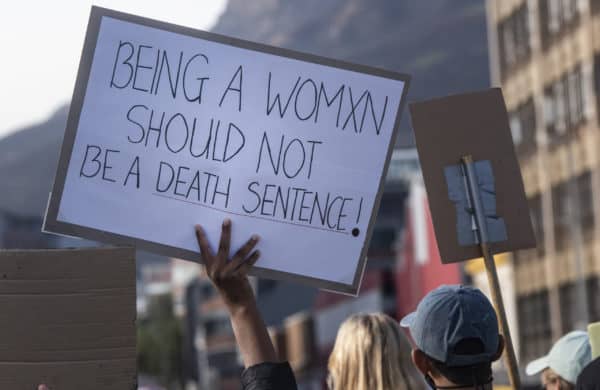 As the number of gender-based violence (GBV) cases continues to rise in the country, many women fear further harm or victimisation if they report cases to a police station.

They choose silence over justice instead which, according to the Tears Foundation, is why GBV stats in SA are not accurate.

According to human rights lawyer Richard Spoor, a young woman who was hijacked and driven around in her car for hours, while being viciously beaten and forced to draw money from an ATM, was charged with perjury after she reported a case of hijacking.

Spoor said although he could not discuss the merits of the case as the woman was appearing in court, he confirmed that the accused had no relations with the perpetrator.

However, regardless of her statement, she was arrested.

“She was locked in a room overnight but she managed to escape in the morning and found her way to a police station to report what happened,” he said.

He outlined what happened.

“Police go to the house, the suspect flees in her car. Tracker is called and locates the car in a nearby township.

“When arrested [the perpetrator] claims she is his girlfriend and that she lent him the car. The police release him and arrest her for perjury. She is [then] held in custody over the weekend.”

Spoor said the perpetrator had still not been charged, even though there was an open docket with the victim’s statement of the kidnapping, hijacking and theft.

ALSO READ: Battle against GBV hindered by lack of funds

“The hijacker [then] visited her at the police station to threaten her further and to demand her bank card pin,” he added.

Police also tried to extort money from her if she wanted to be released on bail.

“This is how women are treated in the criminal justice system.”

She referred to a judgment which Acting Judge Tembeka Ngcukaitobi and Judge Nyameko Gqamana recently handed down in an appeal against a conviction of rape, in the Eastern Cape high court.

“I’m appalled at how consent to one sexual act can ever imply consent to all sexual acts. In this case, the accused argued that the foreplay he had with his ex-girlfriend indicated she had tacitly consented to sex.”

She said it was legally dangerous to have a judgment that consensual foreplay implied consent for penetration and sex, and that rape as a result could not occur.