Mogoeng Mogoeng says he cured couple of HIV/Aids with prayer

Mogoeng said he knew the man and woman were no longer infected because they had put on weight. 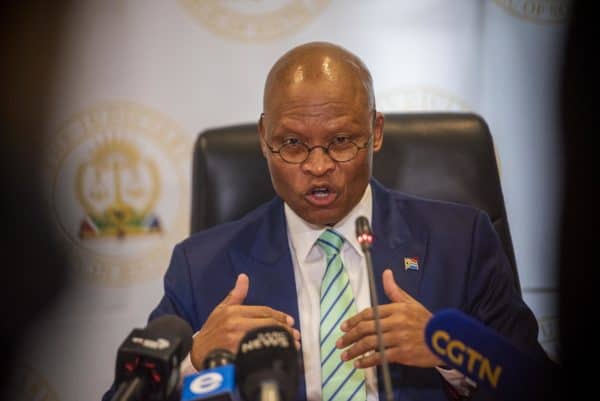 Former chief justice Mogoeng Mogoeng claims he has cured a couple of HIV/Aids.

Mogoeng said this during a religious address in Mthatha, Eastern Cape, on 22 November.

Mogoeng claims the man and woman were cured after he prayed for them.

“When I was a young Christian, my employee and his wife were struck with HIV/Aids and their child died. They became thin. I said let me pray for this. ‘In the name of Jesus the spirit of HIV/Aids leave’,” said Mogoeng.

Mogoeng said the proof he had that the couple were no longer infected was he saw the couple a while later looking “fat”.

The couple reportedly told him they had not taken any medication and their health was restored after he prayed for them.

Mogoeng also said he healed a relative of the couple who was too weak to lift herself out of bed.

He also claimed that prayer did not always work.

“I don’t know why, but sometimes it works,” said Mogoeng.

Walter Sisulu University head of department for public health in the faculty of health sciences, Professor Francis Hyera, told News24 that there was no evidence to back up Mogoeng’s claim that he cured HIV/Aids.

Hyera also said Mogoeng could not say the couple was cured because they had gained weight, and that the former chief justice needed to provide scientific evidence to back up his claims.

“There are many people in many countries claiming they cured HIV/Aids with prayer, but what they all lack is evidence,” said Hyera.

This is not the first time Mogoeng has made controversial comments.

In December 2020, Mogoeng was criticised after suggesting Covid-19 vaccines were associated with the devil.

In Christianity, 666 is thought to be the mark of the devil.

In November, Mogoeng also criticised the government’s handling of Covid-19.

Mogoeng raised concerns about government’s reliance on the Disaster Management Act and the National Coronavirus Command Council (NCCC) to manage the coronavirus.

He said Parliament should be holding the executive accountable for the decisions it takes regarding lockdowns and vaccines, and not the NCCC. Mogoeng added that the NCCC was an unconstitutional body.

In March, Mogoeng was ordered by the Judicial Conduct Committee (JCC) to retract and apologise for pro-Israel utterances he made in 2020 at a webinar hosted by The Jerusalem Post.

In June last year, Mogoeng said he had an obligation, as a Christian, to love and pray for the peace of Jerusalem.

During the webinar, he was asked to comment on the diplomatic relationship between South Africa and Israel and whether he agreed with the former’s foreign policy in relation to the latter.

In responding, he said: “I am under an obligation as a Christian to love Israel, to pray for the peace of Jerusalem, which actually means the peace of Israel. I cannot, as a Christian, do anything other than love and pray for Israel because I know hatred for Israel by me and my nation can only attract unprecedented curses upon our nation.”