Omicron: When will South Africa go into hard lockdown?

The South African government is seemingly uneasy about imposing a tighter lockdown due to economic concerns. 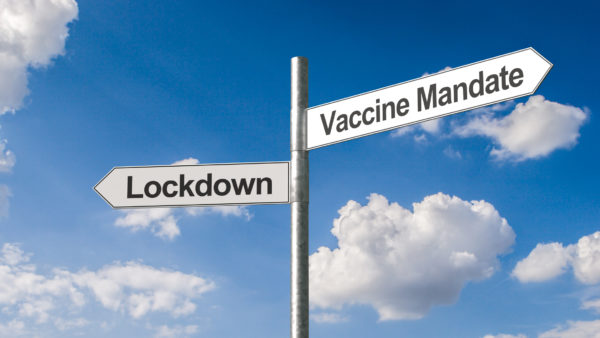 Despite an alarming upsurge in Covid-19 numbers – complicated by the emergence of the Omicron variant – government is seemingly uneasy about imposing a tighter lockdown due to economic concerns.

Responding to a question during a virtual media briefing on whether the country was poised for yet another lockdown, Phaahla said:

“As we have long adopted a risk-adjusted approach to managing Covid-19 in terms of social intervention and restriction measures, we are again approaching the current situation in the same manner.

“We needed just over a week to monitor the situation and see what measures should be taken.

“I would not want to pre-empt what comes out of the meeting in the coming week, which will among other things, look at the rapid rise [of patients] and the pressure in health facilities”.

How ordinary citizens can prevent lockdown

Phaahla said those two factors – the rapid rise of infections and the pressure in health facilities – “may determine whether the level of restrictions should be raised.”

“All of us can play a role in reducing the regulatory level required by the wearing of masks – the key being to avoid big gatherings such as year-end functions and birthday parties,” said Phaahla.

Given a background of SA having lost 2.2 million jobs since the December 2018 pre-Covid-19 period, leading economist Mike Schussler warned against tighter lockdown restrictions.

Schussler says government could not afford “another unemployment bloodbath, because we know that the consequences are going to be severe”.

Schussler told Saturday The Citizen: “Government knows that most jobs were lost during lockdowns, related to the pandemic.

People are hungry, angry and we are in a deep state of disaster, with unemployment numbers increasing.

“We should not be pushing any hard lockdowns other than social distancing, wearing of masks and washing of hands with soap.

“As far as possible, go along as normal by reducing the fears. Let people go away on holiday so waiters and chefs can get paid.

“Given the fact that we have so much hammering us – whether road blockages, Eskom or water shortages – we need the recovery more than anything else, because we are in a final stretch of failure.

“If we do another lockdown, we risk becoming a de facto failed state.”

Reflecting on the increase in the number of cases, Phaahla conceded that there was “a steady rise in new infections per day”.

Explained Phaahla: “Analysis of the geographic distribution, showed these were limited to Gauteng and mainly in the Tshwane metro, some subdistricts and linked to a cluster at the TUT [Tshwane University of Technology] campus.

Infection surge due to Omicron

“The confirmation of the Omicron variant in the Tshwane cluster explained the steep rise by last Thursday, when [experts] reported a spread to Johannesburg, Ekurhuleni, Sedibeng and West Rand districts.”

Phaahla said by early last December local scientists led by Prof Salim Abdool-Karim had “told us that we should expect more mutations leading to variants, some quite serious”.

“At the time we were being introduced to the beta variant. They warned new variants would generally be more transmissible but less severe.

“What we can say is that we knew the fourth wave was coming, but we didn’t know how soon and what special characteristics it would come with.”