Stringer was initially accompanied by five others when the damaged cables at the substation exploded on them. 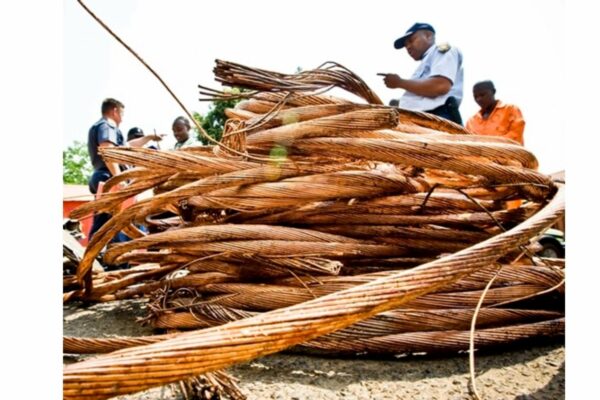 A City of Cape Town electrician has died in hospital after he suffered severe injuries when vandalised cables he was attending to exploded on him in Gugulethu.

The city on Saturday said Terrence Henry Stringer attended to an outage at Gugulethu substation that was affecting power supply in the township and in Manenberg.

“A section of the medium voltage cable had been excavated and set alight by criminals. It is utterly devastating that a colleague’s life has been lost due to the impact of infrastructure vandalism while in the line of duty.”

“The City has lost a valuable staff member and our thoughts are with his wife and family,’ said MMC for Energy Beverley van Reenen.

Stringer was initially injured along with five others when the insulation of the damaged cables further deteriorated and exploded on them.

He succumbed to his injuries last week Saturday.

The council has urged residents to report cable theft and infrastructure destruction.

“We urge our residents to stand with us against the scourge of theft and vandalism. Report vandalism of community infrastructure to the city and the South African Police Service (SAPS).”

The city said the group was found with stolen Telkom cables worth R1 million.

Cable thieves have in recent times launched violent attacks, leaving a trail of destruction behind.

Last month, there were 140 incidents of cable theft, according to City Power.

Over the past five years, Joburg lost R187 million due to cable theft and vandalism.