Converting a 300-page novel into Braille could cost up to a whopping R24,000 and South Africa's Copyright Act prevents cross-border exchange of accessible format copies. 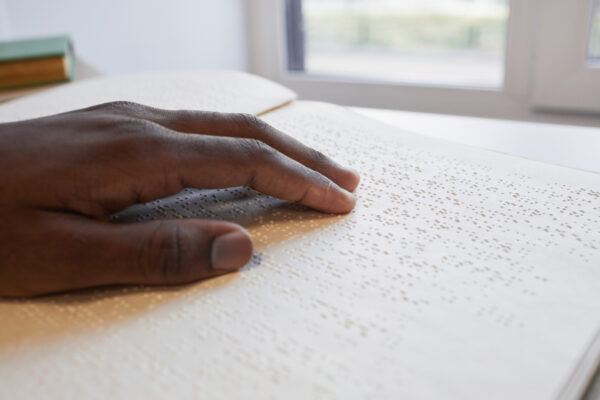 Less than 0.5% of publications contain accessible formats to covert literature into Braille for blind or visually disabled people in South Africa.

The shocking stats were revealed on Thursday as Section 27 and BlindSA marched to the Constitutional Court as part of their #EndTheBookFamine campaign.

Section 27 and BlindSA took their fight against book famine to court, claiming South Africa’s copyright act was a stumbling block in overcoming this challenge.

Said Julia Chaskalson spokesperson for Section27: “The current Copyright Act forces persons with visual disabilities to secure the permission of the copyright holder to convert the publication into accessible formats.

“But copyright holders often reject or ignore these requests, and it takes a long time.”

Chaskalson said that the process was time-consuming and costly.

“When permission can be secured, converting an average novel of 300 pages into braille can take weeks, and costs up to R24,000, which is unaffordable for most.

“Where braille master copies or digital accessible copies for many published works exist in other countries, the current Copyright Act in South Africa prevents the cross-border exchange of accessible format copies of copyrighted texts.

“This limits access to reading materials and forces persons who are blind or visually impaired to reinvent the wheel at huge personal expense.”

The court found the act to be in violation of the rights of persons who are blind or visually impaired – a violation of equality, dignity, access to basic and further education, freedom of expression, language, and participation in the cultural life of one’s choice.

The Constitutional Court arbitrated on Thursday what relief was most appropriate to remedy the unconstitutionality of the current Copyright Act.

The Constitutional court reserved judgement for a date yet to be announced.