Namibian police said their officers met with Saps in 2020 to discuss the robbery at Ramaphosa's farm, but received 'no response'. 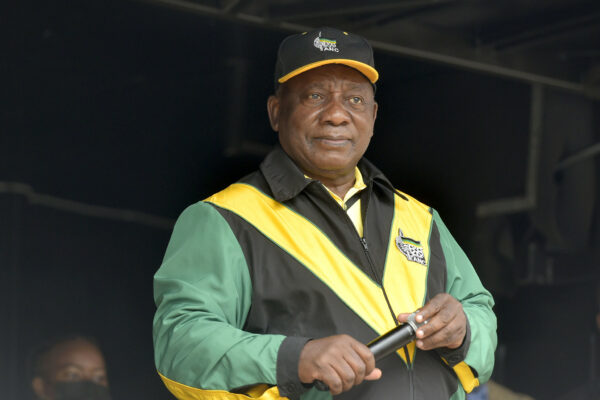 Namibian police chief Sebastian Ndeitunga confirmed that members of his police force met with their South African counterparts in “no man’s land” on 19 June 2020, to discuss the theft of money from President Cyril Ramaphosa’s Phala Phala game farm in Limpopo.

These include lodges, houses and vehicles suspected to have been bought “with the proceeds of crime”. The Namibian police even had their prosecutor-general consider “a preservation of the assets”.

The updated statement can be viewed here, here, and here.

No response from SA police

One of the individuals arrested, Imanuwela David, has since appeared in court in Namibia.

“A preservation order was issued and a formal request was made through the Ministry of Justice to South Africa to confirm whether or not a crime was registered in South Africa.

“However, no response was received from South African authorities, resulting in the cancellation of the preservation order and release of assets.”

Ndeitunga also said it has taken note of the concerns surrounding the arrest of David in Namibia during 2020.

“As the custodian of law and order, we vehemently refute the allegations in the media that states and I quote ‘the Namibian Police Force did dirty work for President Ramaphosa’.”

“Furthermore, we refute allegations of torture and or abduction of the suspect (Mr Imanuwela David) and that currently there is a joint investigation underway between the Namibian Police Force and the South African Police Service.”

“Mr Imanuwela David was arrested and charged for contravening the law and the matter followed the normal due process up to Its conclusion as will become apparent in this statement,” Ndeitunga said.

The former spy boss said the president concealed the crime from authorities while the suspects were abducted and questioned before being paid off for their silence on the crime.

The narrative surrounding the robbery has not probed critical questions that need to be answered by Fraser and the president himself.

Ramaphosa refused to provide any details of the robbery, saying he would like to leave the whole matter to the due processes that must unfold.

The Hawks on Wednesday confirmed that Fraser had agreed to provide additional information to the crime unit in its investigation against Ramaphosa.